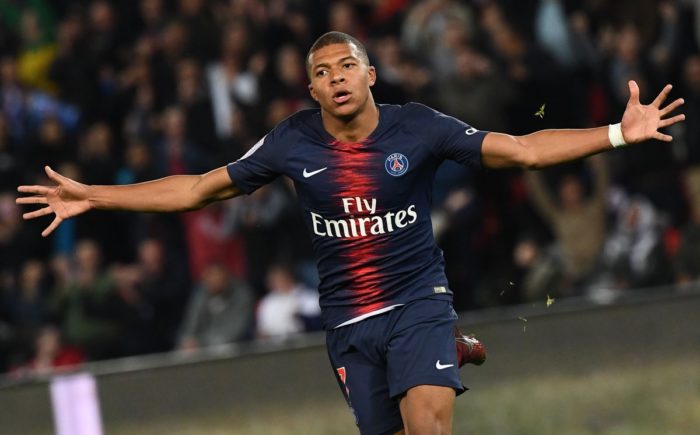 BBC reports that Mbappe’s goals came in a 13-minute second-half spell, netting his first with a low strike off the post.

He slid in his second, converted a cool finish for his hat-trick and stroked home his fourth from close range.

France international Kimpembe was given a straight red card by the referee after consultation with the Video Assistant Referee (VAR), who advised a dismissal as the defender had caught Tanguy Ndombele in the shin with his studs.

Tousart was sent off for a second bookable offence on the stroke of half-time after hauling down Mbappe.

Thomas Tuchel’s side, champions in five of the last six seasons, have won all nine league games so far and are eight points clear of second-placed Lille.

Meanwhile, former PSG and Newcastle midfielder Hatem Ben Arfa scored the winner as Rennes beat Monaco 2-1. Monaco had Radamel Falcao on the scoresheet, but the 2016-17 champions have won just once in the league all season and are struggling in 18th place.