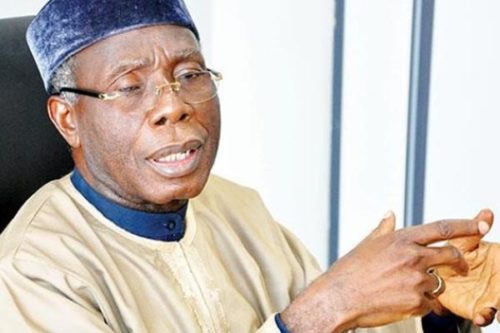 Rice, a staple food in most Nigerian homes has always enjoyed increasing demand across the country. As a staple that is easy to cook, there is hardly nowhere around the country that this grain is not consumed. However, festivities and other social function, often place huge demand on the availability of this popular food item.

The wide acceptance of rice as a regular item on most families’ menu list in the country is responsible for the huge amount of money that has over the years been expended on its importation. For instance, the country imported about 17 million tonnes of rice in the five years preceding the current Buhari administration. As it is often said, necessity is the mother of invention; smugglers adopt various devices to illegally bring rice into the country.

The intervention of players such as Olam into local rice farm in 2012 as a response to government support for local players did not yield any noticeable dividend. This is a farm of 4,500 hectares with mill, very close to Benue River and is equipped with silos that have capacity to store 228,000 tonnes of rice. Yet, the 50,000tonnes of rice grown by the company each year was of small fraction of Nigeria’s rice consumption demand.

Our reliance on importation of rice has been to the disadvantage of our local economy. Resources that could have been spent to boost capacity of agro-economy were channeled to the importation of rice which has lost its nutritional value due to years of preservation. In 2016, Nigeria rice importation stood at 2.3 million tonnes, with $5 million averagely spent on each shipment. It is not by surprise then that Nigeria gradually worked her way into recession.

The abundance of arable land without capacity in terms of finance, necessary infrastructures and agricultural technology to maximize the potentials of farmers remains a serious setback to the growth of the industry. A once thriving sector that has fed the nation was abandoned to the whims and caprices of importing over processed products that add no value to our existence, other than malnutrition.

Much agriculturally vibrant manpower that is supposed to be on the farm is in the city in search of menial/casual work while the few left on the field keep struggling to produce the quantity that is barely enough to feed their family members and immediate community. Consequently, so much energy and efforts are dissipated on farm without much meaningful results. Sadly, Local Governments all over the country whose responsibility is to provide agricultural tractors and other essential farm tools at lease to farmers are now depending solely on federal allocation and rates for survival.

The state of the nation’s economy which went into recession at the inception of the present administration became an eye opener which eventually made the Federal Government to challenge all major stakeholders into looking inward to diversifying economy as a measure to reduce dependence on oil revenue. According to the Minister of Agriculture, Dr. Audu Ogbeh, the culture of importing what could be locally produced has to stop. “Those who keep talking of imports either don’t mean Nigeria well or simply refused to recognize the fact that we can no longer afford the imports”. This was what, perhaps, ultimately informed the Federal Government’s decision to place a ban on the importation of rice, while providing facilities for local production.

Expectedly, the ban triggered the price of imported rice to about N20, 000 for a bag of 50kg. However, the situation was seen by critical stakeholders as an avenue to invest and innovate in the sector. One of such stakeholders that frontally seized the opportunity are the Lagos and Kebbi State Governments who explore the economic diversification in agro-economy to enhance food security in the country.

It is this innovative partnership that gave birth to the now popular Lake Rice which debut in 2016. This has, no doubt, been affording Lagos residents as well as those in neighbouring states the opportunity of getting quality rice at affordable price. The coming of Lake Rice eventually led to reduction in the price of imported rice. Packaged in different sizes of 50kg, 25kg, 12.5kg and 6kg, Lake Rice is really helping to give residents access to the staple commodity. The speculative buying or hoarding against festive period of Christmas, Eid-kabir, Eid-fitri have been rested as the State government has vowed to continue to put structures in place for the product’s availability, in and out of season.

Today, Lake Rice has become a model for other states of the Federation to emulate. The partnership has attracted direct/indirect investments in the introduction agricultural practice to maximize yields, mills to process harvest and silos to store products from wastage. The commitment of the Lagos and Kebbi State Governments towards the sustenance of the initiative has become a litmus test of the capacity of the nation to provide food for her citizenry as well as engaging the unemployed through numerous agricultural value chain available.

With a growing population of over 200million, it is clearly wise and convenient for all tiers of governments to embrace food security. Aside hunger and malnutrition, food insecurity equally results in a wide range of other problems such as health, environmental degradation, and high rate of crime. Hence the need for governments at all levels to encourage young and unemployed school leavers to embrace farming through the provision of lands, seedlings, mechanized infrastructure and easy access to loan.

The Lagos State government is already doing something in this positive direction as it has empowered young rice farmers with inputs ranging from land preparation, seeds and fertilizer provision as well as access to irrigation. Equally, in order to boost productivity, farmers in parts of the country where scarcity of rain is usually experienced should embrace micro- irrigation. This technology enables farmers to enjoy water supply all year round and essentially it efficiently irrigate, grow crops and boost their farming income and outcome.

If we must boost food security in the country, this is the time to stop paying lip services to the issue of agriculture and walk the talk

Odumade is of the Features Unit, Ministry of Information & Strategy, Alausa, Ikeja