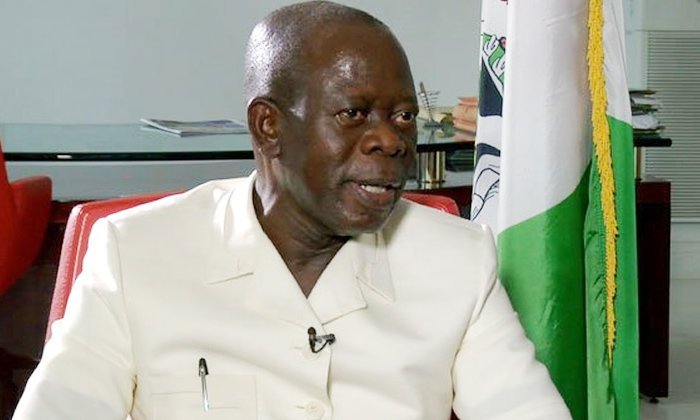 National Chairman of the All Progressives Congress, Adams Oshiomhole has replied the Independent National Electoral Commission, setting the records straight that his party indeed held governorship, national assembly and state assembly primaries in Zamfara state and will present candidates for the general elections.

Oshiomhole’s statement came hours after a letter from the acting secretary of INEC, Okechukwu Ndeche, accused the APC of not conducting primaries within the timeframe stipulated by INEC. By default, he claimed the APC may have lost the opportunity to present candidates for the elections.

Ndeche wrote: “You would note that from the timetable the conduct of primaries is scheduled to take place between August 18 to Oct 7 2018.

“However, report received from our office in Zamfara state shows that no primaries were conducted by your party in Zamfara, notwithstanding that our officials were fully mobilised and deployed.

“Consequently, based on the provision of Section 87 and 31 of the Electoral Act 2010 as amended, the commission does not expect that your party will submit names of any candidate from Zamfara state.

“For clarity, our position therefore, is that the APC will not be fielding candidates for the Governorship, National Assembly and State Assembly elections in Zamfara for the 2019 general elections”.

But firing back hours later, today Oshiomhole debunked the basis of INEC official’s letter that no primary held in Zamfara.

“We wish to state emphatically that nothing can be farther from the actual situation in Zamfara state”.

Attaching the report of the Zamfara Electoral Committee, Oshiomhole said the primaries were held between 6 and 7 October at City King Hotel in Gusau and that the candidates were arrived at by consensus. 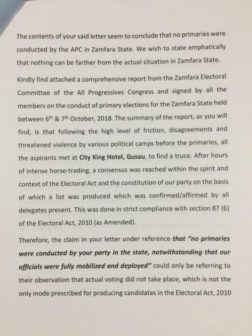 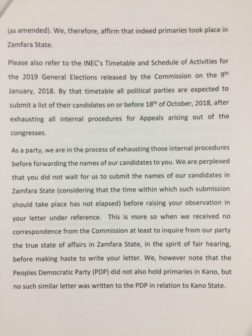 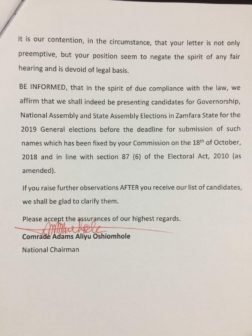 Tags:   National Chairman of the All Progressives Congress