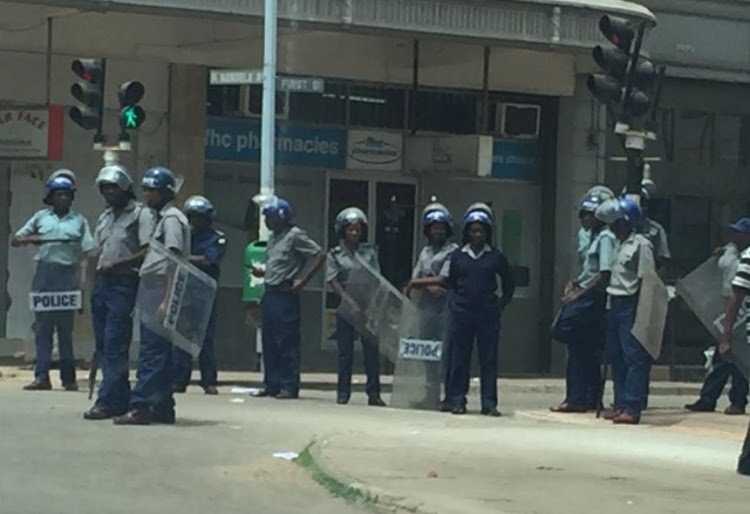 Zimbabwe police will stop planned protests by the labour movement against a new tax on money transfers on Thursday because of a standing order outlawing public gatherings in the capital following a cholera outbreak, its spokesman said.

The opposition has accused law officers of selectively applying the ban, saying supporters of President Emmerson Mnangagwa have been allowed to hold rallies in the capital while those for the opposition have been stopped.

With post-election turmoil two months ago in mind, the government appears resolved to keep a lid on demonstrations in opposition urban strongholds fearing they could spiral into violence, analysts say.
Six people died in that violence which followed an army crackdown.

Although the labour movement has been weakened over the years due to high unemployment, it still maintains strong links with the opposition Movement for Democratic Change, whose supporters would be likely to take part in the protests.

Fifty people have died and more than 10,000 have been infected in the biggest outbreak of cholera, water borne disease, since 2008.

Police spokesman, Paul Nyathi, said in a statement authorities would enforce the ban on gatherings to stop the Zimbabwe Congress of Trade Unions (ZCTU) protests in Harare.
However, Mnangagwa is on Wednesday expected to preside over the graduation of students at the University of Zimbabwe in the capital.

The event was initially suspended in September over the cholera outbreak.
Nyathi said “the cholera outbreak is not yet over, particularly in Harare” and warned potential protesters that “if anything turns nasty those organising the demonstrations will be held responsible.”

ZCTU president, Peter Mutasa, earlier said that the labour body called for the strike against the new tax as well as a central bank decision to order banks to open accounts for clients, who earn foreign currency and separate their money from dollars in the local banking system, known as “Zollars”.

Businesses and ordinary people have objected to the two per cent tax, arguing that it eats into their earnings while funding profligate spending by the government.

Over the last week, Zollars and the surrogate bond note currency have continued to lose value on the black market, causing a spike in prices and shortages of basic goods and medicines amid panic buying by citizens.

The southern African nation, which adopted the U.S. dollar after hyperinflation left its own currency worthless in 2009, is gripped by acute shortages of cash dollars that has seen prices of imports soar while businesses struggle to restock.