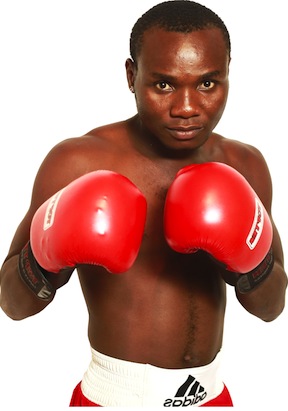 Anama Dotse, the Ghanaian billed to fight African Boxing Union lightweight champion, Oto “Joe Boy” Joseph, at GOtv Boxing Night 16 has pulled out of the fight after suffering an eye injury in training.

Joseph will now fight another Ghanaian, Emmanuel Mensah, at GOtv Boxing Night 16, which holds on Sunday at the Indoor Sports Hall of Teslim Balogun Stadium, Lagos.

The news of Dotse’s injury, said the event organisers, was broken by his camp on Tuesday. Dotse’s camp was said to have disclosed that the boxer suffered a deep gash above his eye while trying to get of his sparring partner’s grip.

Mensah, who is expected to arrive in Lagos on Friday, is a highly rated boxer and he is reputed for his punching power as well as stamina, qualities he would require to cope with Joseph, who is known for blowing opponents away in double-quick time.

Eight other bouts are slated for GOtv Boxing Night 16, with the biggest of all being the West African Boxing Union lightweight title decider between Nigeria’s Rilwan “Real One” Oladosu and Ghana’s Benjamin Lamptey.

Another big encounter will see the “Bariga Terror”, Kabiru “KB Godson” Towolawi face Adewale “Masevex” Masebinu in the national lightweight title clash, a fight on which a lot is riding.

In addition to the belt at stake is the opportunity for Masebinu to avenge his loss to the same opponent last year. The other grudge fight at the event will see Chibuzor “TBoy” Obi face Waiidi “Skoro” Usman in a featherweight challenge contest.

Also on parade will be alumni of GOtv Boxing NextGen Search, who will feature in four fights. GOtv Boxing Night 16 will be broadcast live on SuperSport in 47 countries. The best boxer at the event will win a cash prize of N1.5million and the Mojisola Ogunsanya Memorial Trophy.