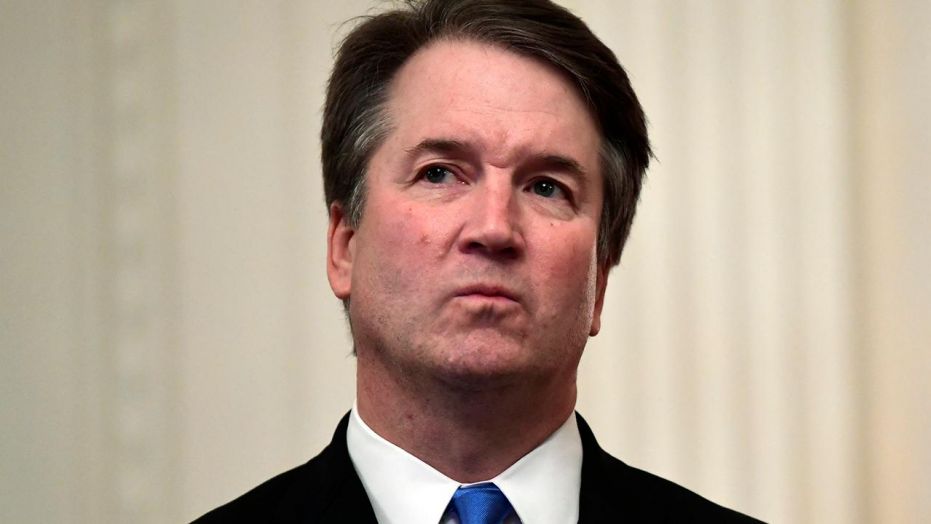 In these cases, Kavanaugh’s fairness and independence might be questioned after a divisive confirmation fight, according to legal experts.

U.S. law requires justices to step aside when there is a conflict of interest or genuine question of bias, but it leaves the recusal decision in the hands of the individual justices.

Kavanaugh, Republican President Donald Trump’s conservative nominee who was confirmed by the Senate on Saturday to a lifetime job as one of the nine justices, took part in his first arguments in Supreme Court cases on Tuesday and Wednesday.

“Supreme Court justices rarely recues,’’ University of Michigan Law School professor Richard Primus said. “For Kavanaugh to recues would be for him to say, ‘Yes, I understand you don’t trust me and I validate that concern.’ He’s not going to say that’’.

Federal law requires a justice to disqualify himself from deciding cases “in which his impartiality might reasonably be questioned’’.

In a 2011 report, conservative Chief Justice John Roberts said he had “complete confidence in the capability of my colleagues to determine when recusal is warranted’’.

Some also have suggested Kavanaugh should step aside in cases on women’s issues in light of sexual misconduct allegations made against him in September.

Over the years, justices across the political spectrum have been pressed by critics to rescue themselves in cases with perceived conflicts.

Litigants can file motions seeking recusal but rarely do.

During the 2016 presidential race, liberal Justice Ruth Bader Ginsburg criticized then-candidate Trump as a “faker,’’ prompting cries by conservative critics of bias. Ginsburg later expressed regret for her remarks but has not stepped aside from any case involving Trump.

And no litigant has asked her to.

Despite calls from some conservatives for her to recuse herself, liberal Justice Elena Kagan participated in a 2012 ruling upholding President Barack Obama’s Affordable Care Act, the healthcare law dubbed Obamacare.

Kagan had served as Obama’s top Supreme Court advocate when the law was enacted in 2010 but said she played no role in its conception.

Kagan, appointed to the court by Obama later in 2010, recused herself from other cases on which she had worked in Obama’s administration.

For example, she stepped aside when the court twice upheld the use of race as a factor in university student admissions, a policy known as affirmative action.

Some liberal activists and Democratic lawmakers have pointed to Kavanaugh’s Senate Judiciary Committee testimony responding to a university professor’s allegation that he sexually assaulted her in 1982 as evidence of his partisanship.

He repeatedly assailed Democrats, prompting questions about whether he could be fair in disputes involving Democrats or liberal groups.

Kavanaugh complained of “a calculated and orchestrated political hit’’ by Democrats fueled by their anger over Trump’s 2016 election victory, and called the conduct of some Democratic senators “an embarrassment’’.

Democrats including Senator Mazie Hirono and Representative Jerrold Nadler have called on Kavanaugh to step aside from any case involving Democratic lawmakers.

New York University School of Law legal ethics expert Stephen Gillers said Kavanaugh’s remarks were “too broad and unfocused to give anyone the basis for a recusal motion’’.

During his confirmation hearings, Kavanaugh refused to be pinned down on whether he would recuse himself in cases involving Trump such as Special Counsel Robert Mueller’s investigation into potential collusion between Trump’s presidential campaign and Russia.

“One key facet of the independence of the judiciary is not to make commitments on particular cases,’’ including on recusal, Kavanaugh told Democratic Senator Richard Blumenthal.

If Kavanaugh recused himself in such cases, the court would go from a 5-4 conservative majority to an ideological deadlock with four conservative justices and four liberals.

Kristen Clarke, president of the Lawyers’ Committee for Civil Rights Under Law advocacy group, said she expected a “sharp increase” in recusal motions regarding Kavanaugh on a range of issues, possibly including women’s rights. Kavanaugh could become a pivotal justice on issues including abortion.

Justices commonly step aside in cases that pose financial conflicts, for example owning stock in a company involved in the litigation.

In 2004, the Sierra Club environmental group asked conservative Justice Antonin Scalia to step aside in a case concerning then-Vice President Dick Cheney, a friend of the justice.

Scalia refused, saying he did not think his impartiality could reasonably be questioned.

Emmet Bondurant, a lawyer involved in a major political case heading toward the court involving a challenge to Republican-drawn congressional districts in North Carolina, said he will not seek Kavanaugh’s recusal.

“One has to assume that no matter what was said during the confirmation process that he will approach each case, including this case, with an open mind,’’ Bondurant said.