I'm contesting for Presidency as Nigerian, not Igbo - Moghalu 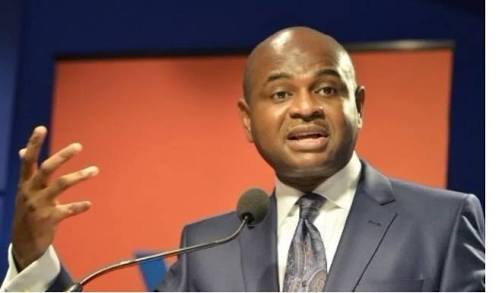 Prof. Kingsley Moghalu, the Presidential Candidate of the Young Progressives Party (YPP) on Friday said that he was contesting for the office of the President as a Nigerian and not as an Igbo man.

Moghalu, who was a former deputy governor of the CBN, said that Nigeria’s problem was not about tribes, but socio-economic problems that touched every part of the country.

The candidate, in a statement he made available to the News Agency of Nigeria (NAN) in Lagos, said that any creative limiting his presidential ambition to any tribe was the handwork of mischief makers.

“Almost a year since I started to engage Nigerians on my candidacy and vision for the country; I have held town hall meetings in nearly all the states in the country, with more still to be done.

“Anyone who has listened or paid attention to our interactive session with various groups will realise what our single message has always been that Nigeria’s problems are not about tribes.

“We all, as Nigerians, have the power to choose something new, something different that will redirect the country into an upward trend.

“Our politics has always been plagued by the scourges of tribalism, nepotism, and corruption, a colonial tool that the political class has exploited in order to divide and control us,” Moghalu said.

According to him, Nigerians cannot afford to keep thinking about whether a candidate is Hausa, Igbo, Yoruba, Efik, Ijaw or Ibibio.

He said that Nigeria needed competent and trustworthy leaders which had been the focus of his talks about his aspiration.

“It is time to put aside these differences and aim for something that unites us all, to deliver a country that works for every citizen,” he added.