Union donates 64 bags of rice to unpaid workers in Oyo 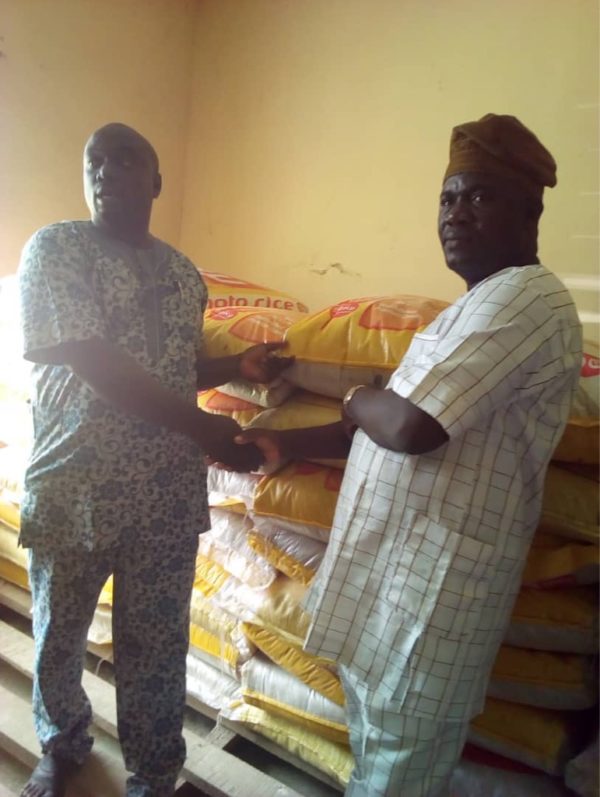 The 64 bags of rice was donated to unpaid workers of Emmanuel Alayande College of Education (EACOED) in Oyo.

EACOED is one of the six state-owned tertiary institutions in Oyo State, whose workers had been grappling with irregular and fractional salary for more than two years.

Mr Nureni Oladeji, COEASU Chairman, FCE, sympathised with the unpaid workers of EACOED, over the hardship faced as a result of the unpaid salary arrears.

Oladeji appealed to the state government to promptly defray the accumulated arrears of 16 months to the workers so as to alleviate their sufferings.

In his reaction, Mr Segun Oyewunmi, COEASU Chairman, EACOED thanked the FCE Chapter, on behalf of their members.

He appealed to the state government to live up to workers expectations of receiving their unpaid 16 months salary arrears and the payment of full salaries as at when due.

The beneficiaries in their separate remarks, expressed appreciation to the FCE Chapter, for their compassion and the relief package.

They said that the situation had impoverished most of them and exposed them to different forms of hardship, saying members find it difficult to feed, sustain their health and pay children school fees.