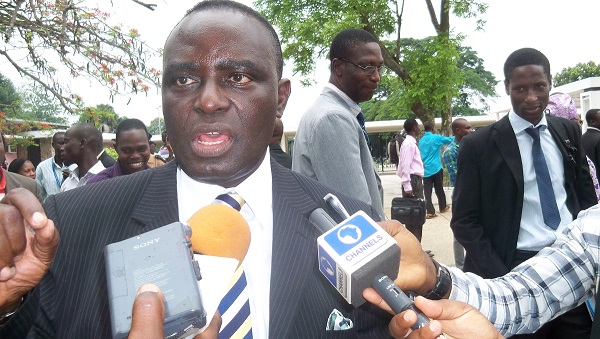 Okebukola disclosed this on the sidelines of the 8th Convocation and honorary award of doctorate degree of Caleb University, Imota, Lagos.

Some Nigerian educational bodies and unions had agitated for the implementation of “UNESCO-recommended” 26 per cent of national budget benchmark and six per cent of the gross domestic products (GDP) for funding of Education.

“There is nothing like 26 per cent UNESCO benchmark anywhere, it is just a myth.

“In 2001, I was the Executive Secretary of NUC and I started hearing this 26 per cent UNESCO benchmark and wondered where it was coming from because I have been consulting for UNESCO.

“I have been writing on funding the university education everywhere, so I wonder where the recommendation was coming from and I told the then Minister of Education in October 2001 to attend the UNESCO general conference.

“I went to the Director General of UNESCO during the conference and asked about the 26 per cent, but he also wondered which 26 per cent I was talking about,” he said.

Okebukola noted that the acclaimed 26 per cent benchmark had become so popular even among the elite because when you keep telling lies every day it becomes like truth.

He challenged Nigerians to go to Ghana and other countries in world and also check literatures for confirmation.

According to him, they will not find such recommendation anywhere other than in Nigeria.

The NUC boss said the acclaimed benchmark was made popular because it came from a union in the education system and the public were also quoting it.

Okebukola explained that when it comes to issues of funding, UNESCO do not usually peg any percentage.

According to him, UNESCO rather encourages all member states to provide financial resources for the education sector to meet the contextual need of their countries.

“UNESCO just advise countries to examine the decay in your education system and see what kind of money you can invest to address the need, which can be more than 30 or even 50 per cent,” he said.