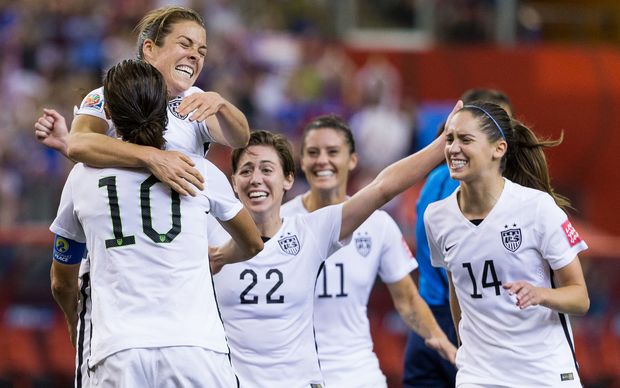 The World champions, the U.S. will have a chance to defend their title at the 2019 Women’s World Cup after a 6-0 win over Jamaica in the semi-finals of the CONCACAF Championship on Sunday sealed their qualification.

In the other semi-final in Texas, Canada also grabbed their spot in next year’s tournament in France with a 7-0 emphatic victory over Panama with Captain Christine Sinclair scoring twice.

The top three teams from the Americas-region championship qualify for the World Cup.
The U.S. play Canada in the final on Wednesday after Jamaica and Panama have fought it out for the other qualification spot in the third place playoff.

The loser of that match will still have a chance to reach France, but will have to get past Argentina in an intercontinental playoff.

The U.S. are the most successful national team in women’s soccer, having won the World Cup three times.
Canada reached the semi-finals of the tournament in 2003 and went out to England at the quarter-final stage on home soil in 2015.