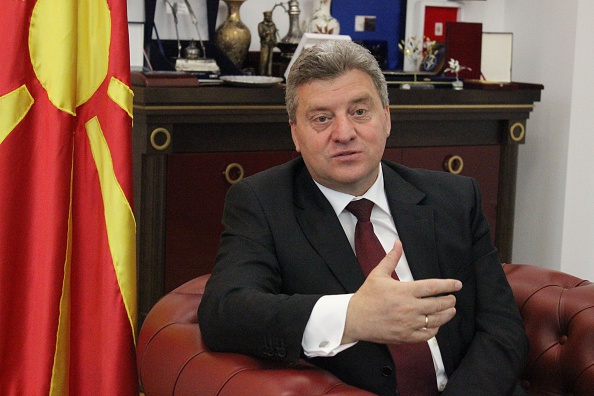 SKOPJE, MACEDONIA - MAY 8: President of Macedonia Gjorge Ivanov speaks to media about the developments in Macedonia and all over the world, in Skopje, Macedonia, on May 8, 2015. (Photo by Murteza Sulooca/Anadolu Agency/Getty Images)

The Macedonian parliament is due to begin debate on constitutional amendments to change the country’s name, to end long-running diplomatic feud with Greece, local media reported on Monday.

According to the report, lawmakers are considering whether to begin the process, for which Prime Minister Zoran Zaev needs two-thirds majority, or 80 out of the 120 votes, to effect the change.

“It is unclear whether his governing coalition can rake in the extra 10 votes needed from the nationalist opposition in order to launch the changes.

“If parliament does agree to the procedure, it would still have to seal the changes with another vote requiring the two-thirds majority, ‘’ it noted.

Zaev and his Greek counterpart Alexis Tsipras in June agreed that the former Yugoslav republic will change its name to the Republic of Northern Macedonia.

In return, Athens, which claims the name Macedonia and its historic legacy for its northern province, has vowed to stop blocking Skopje’s membership to NATO and, in the long term, the European Union.

Zaev urged all legislators to back the agreement, but promised to call early elections if he fails to push it through.