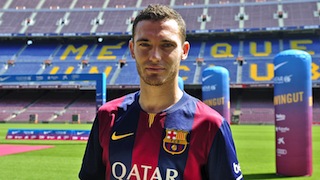 Belgium defender Thomas Vermaelen has suffered another injury and will be out of action for several weeks after straining an adductor muscle on international duty.

The 32-year-old would miss Tuesday’s friendly against the Netherlands in Brussels, Belgian FA officials said in a media advisory on Monday.

Vermaelen was taken off after 73 minutes of Belgium’s 2-1 win over Switzerland in the Nations League on Friday.

The Barcelona defender has been hit by a succession of injuries since signing for Barcelona in 2014.