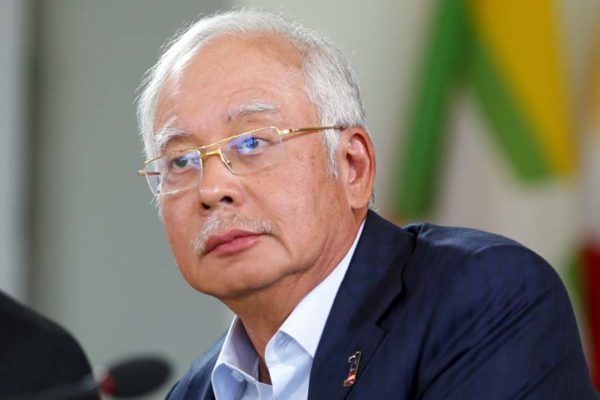 Malaysia’s former prime minister Najib Razak was on Tuesday summoned once again to the headquarters of the anti-graft agency in Kuala Lumpur, to be questioned over a new case relating to the 1MDB scandal.

Najib, who denies any wrongdoing, is already facing 32 charges connected to the scandal, including money laundering, abuse of power and criminal breach of trust.

He has been arrested twice but was released on bail both times.

The 1MDB (1Malaysia Development Berhad) state fund is the subject of a sweeping international investigation by at least six countries, including the U.S., Singapore and Switzerland, over alleged money laundering and graft by high-level officials.

The scandal became public in 2015, when the Wall Street Journal reported that Malaysian investigators had traced almost 700 million dollars, at 2015 exchange rates.

The news agency said that the money had been deposited into Najib’s personal bank account via banks, companies and agencies linked to 1MDB.

The scandal was a key factor in Najib’s unexpected defeat in May elections.

Prime Minister Mahathir Mohamad, who had been one of Najib’s most high-profile accusers, reopened an investigation into corruption at 1MDB after his election victory.

Najib and wife, Rosmah Mansor, who has also been implicated in the scandal, have been barred from leaving the country.

Cash, jewellery, luxury handbags and watches worth an estimated 1 billion ringgit (240 million dollars) were seized by investigators from multiple Najib-linked private residences in May as part of the probe.