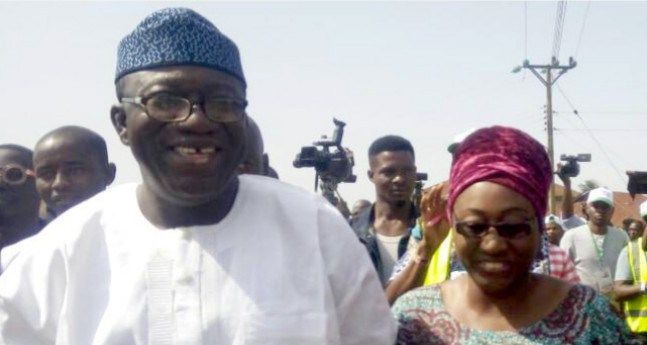 The Ekiti state’s economy is heading for a state of emergency with a huge debt of N120 billion, the new governor of the state, Dr. Kayode Fayemi, said on Tuesday in his inauguration speech in Ado-Ekiti.

The governor appealed to the federal government for assistance to bail out the state through the Economic Stabilisation Fund.

While committing to address the problems of unpaid salaries of workers, Fayemi said: “We should join hands to resuscitate the ailing economy.’’

He also called on investors and multi-national corporations to return to Ekiti.

The governor said the state was currently battling with more than N170 billion debt piled up by the government of former Ayodele Fayose.

The state, he said, would embark on social investment, education, agriculture and rural development.

We are ready to work with everyone to create a landmark progress.

We are committing to world best practices and deploy all skills to honestly work for the progress of the state.

“We will work to integrating the aspiration of the state to the programme of the federal government.’’

He said the state would return to the fold of other states in the west to fast track economic development.

“We will take full ownership of the challenges ahead of us.’’