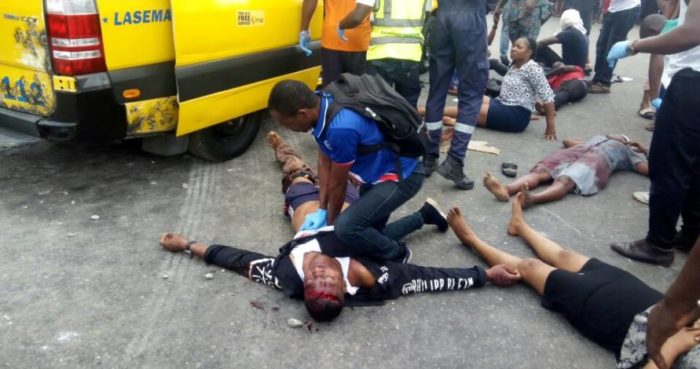 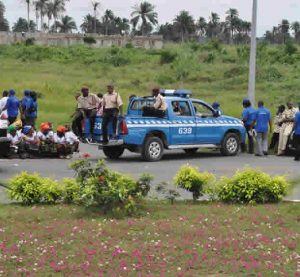 The Ogun Federal Road Safety Corps (FRSC) on Tuesday said that a conductor died while six others sustained various degrees of injuries in an accident that involved two vehicles at Sawmill area, Alakuko, Ogun.

Oladele explained that an LT bus with registration number KTU 536 XH that was heading toward Oshodi lost control due to brake failure and rammed into a stationary truck marked AAA 536 XJ.

The sector commander said that six persons were injured while the bus conductor died on the spot.

“The corpse of the victim was taken to AIT Police Station Alagbado, while the injured were receiving intensive treatment at General Hospital, Ile- Epo , Agbodo, Oke-Odo, ” he said.

Oladele also said that FRSC, LASEMA and police were at the scene of the incident to rescue the victims and cleared gridlock to ease free flow of traffic in the area.

He advised motorists to adhere strictly to average speed limit and ensure that their vehicles were in properly condition before putting them on the road.