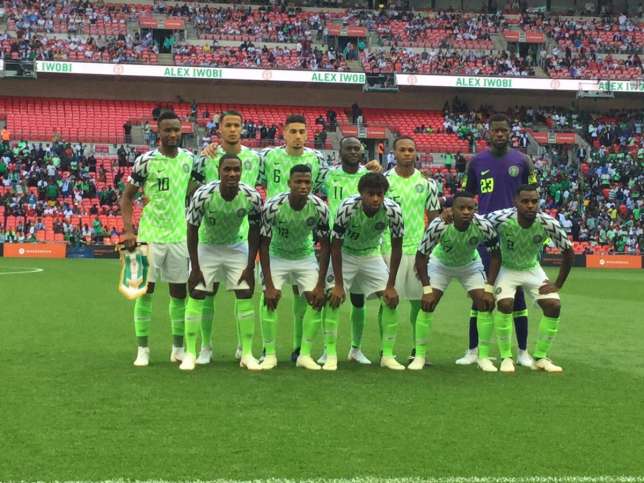 Ebonyi football fans on Wednesday commended the Super Eagles’ 3-2 victory over the Mediterranean Knights of Libya in the 2019 Africa Cup of Nations qualifier on Tuesday night in Sfax, Tunisia.

The fans expressed their satisfaction with the result, recorded by the Ahmed Musa-led team in Abakaliki.

The Libyans decided to play the qualifier for the 2019 competition finals scheduled for Cameroon in Tunisia as a result of the ongoing civil war in their country.

The football enthusiasts, however, advised Coach Gernot Rohr to fortify the squad, by correcting the lapses noticed in the match in Tunisia ahead of the two remaining matches of the qualifiers against Seychelles and South Africa.

Chinedu Chukwugbo, a fan, said that with the victory in Tunisia, the coast appeared clearer for Nigeria’s flag to be hoisted at the AFCON in Cameroon in 2019, having missed out of the 2015 and 2017 editions of the competition.

“At the moment, the Super Eagles’ chances of qualifying for the AFCON finals in Cameroon are brighter. The result of the match in Tunisia is a testimony that the team have improved tremendously under Rohr.”

“Rohr has distinguished himself by retaining the same crop of players that featured in the first leg of the doubleheader against Libya in Uyo on Saturday; this is good team-building and good for the development of football.

“The team should realise that Nigeria’s loss to South Africa in June 2017 in Uyo should be avenged because of national pride,” he said.

Silas Igwilo, players’ scout, however, advised Rohr to fortify deficient areas in the encounter in Tunisia.

“The goalkeeping department remains shaky with Francis Uzoho not performing to the expectations of football-loving Nigerians.

“He was fidgety and was culpable in both goals scored by the Libyans in Sfax, Tunisia; it was a repeat of his underperformance at the 2018 World Cup in Russia,” he said.

Chika Ajoku, the goalkeeper trainer, Samba Football Club, Enugu, advised Rohr to give Ikechukwu Ezenwa a chance to compete with Uzoho, in spite of being a home-based material.

“Ezenwa saved the country’s goalkeeping crisis when Carl Ikeme was incapacitated with leukaemia during the Russia 2018 qualifiers; and the man performed creditably in the matches against Algeria, Cameroon and Zambia.

“Rohr will improve the team’s overall performances if Ezenwa is given a chance to man the Super Eagles goal post.

“This will put an end to insinuations that the coach has a soft spot for Uzoho because he discovered him,” Ajoku said.

Mrs Chienyenwa Nwadike, a civil servant and football enthusiast, urged Nigerians to continue to support the team with prayers, to ensure Nigeria’s qualification for the AFCON final in Cameroon.

“The late Stephen Keshi-led Eagles won the 2013 AFCON, after missing the 2012 edition; and we should pray that the present team achieve such a feat,” Nwadike said.