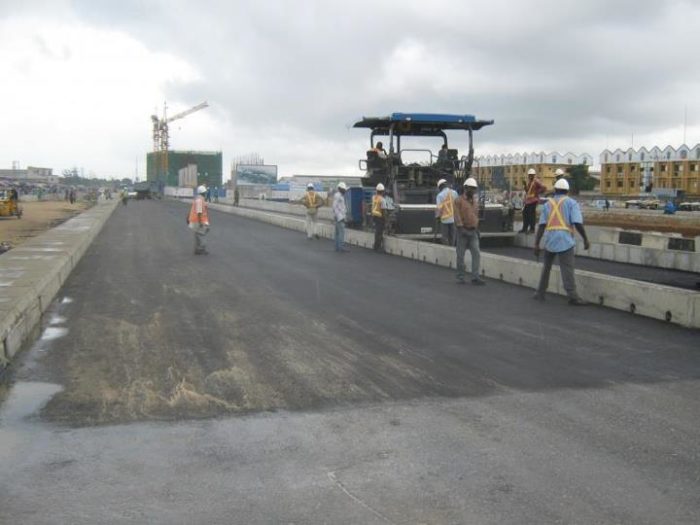 The Lagos State Government on Wednesday assured commuters on the Lagos-Badagry road that effort to rehabilitate the bad portions of the road has resumed following the cessation of the rains.

This followed planned protest by residents of the area over alleged abandonment of the road by the Lagos State Government.

Although the Federal Government manages the inter-national route, the government promised to keep its maintenance workers and equipment on the road until commuters and other users are relieved of the stress caused by the bad portions.

Addressing the need to overhaul the road, Commissioner for Works and Infrastructure, Engr. Ade Akinsanya said the Government has maintained the road regularly in the last three and a half years through rehabilitation explaining that discussions with investors willing to upgrade the road under the Private –Public Partnership deal is going on at both the state and federal levels.

“So far, the Public Works Corporation has carried out palliative works at Iyana Era, Ijanikin, Oko-afo, Magbon, Ibereko, Araromi, Iyana Isashi and Agbara”, Akinsanya said, adding that the Government has mobilized other contractors to ensure full coverage of the assignment.

Emphasising the importance of the route to trade in the West African region, the Government said the plan to expand the Lagos-Badagry Expressway to a 10-lane highway, which began with the construction of the section from Eric Moore to Okokomaiko, topped discussions between Lagos State Governor, Mr. Akinwunmi Ambode and Chinese investors on President Buhari’s recent trip to China.

He said in July, this year, Ambode responded to the complaints of residents over challenge posed to traffic by bumper to bumper movement by directing that the completed segment of the road with the BRT Corridor from Eric Moore to Trade Fair be opened up to ease traffic.

To further alleviate the suffering of the motoring public in the Badagry division, the Commissioner said the present administration has completed the construction of Aradagun-Iworo-Ajido road and Ajara- Agelaso- Poka/ Erekiti with bridge.

He said the Government was also building the Aradagun-Imeke-Ajido-Epeme road, Samuel –Ekundayo/Toga and will soon embark on the construction of Abule Ado road.

Akinsanya assured peace loving citizens that there would be adequate security on the road to ensure smooth traffic and protect residents from danger.