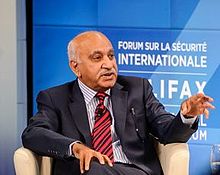 The former junior minister said in a statement that he would challenge the accusations leveled against him in a law court.

Following allegations of sexual assault by the journalists who worked with him when he was an editor, Akbar filed a defamation case in a Delhi Court against one of the women journalists.

He said “since I have decided to seek justice in a court of law in my personal capacity, I deem it appropriate to step down from office and challenge false accusations leveled against me.

“I have, therefore, tendered my resignation as minister of state (junior minister).”

Meanwhile, some women who worked under him at different points in time told newsmen that they would also ask the court to consider testimonies of sexual harassment of some of them at the hands of Akbar, the Indian Express daily reports.

He is also a veteran Indian journalist and author of several books and appointed as national spokesperson during the 2014 general elections that brought the party back to office with a simple majority under the leadership of PM Narendra Modi.