Pound recovers after May open to longer Brexit transition 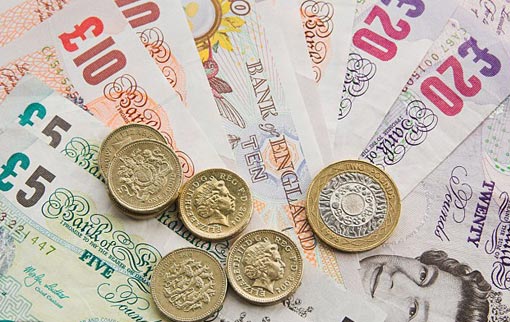 The British pound recovered to trade flat on Thursday after Prime Minister Theresa May confirmed she was open to discussing an extension of the transition period after Brexit.

Sterling was steady at $1.3114, after earlier dipping to $1.3076, although it briefly took a hit after data showed UK retail sales fell by the most in six months in September.

At a dinner in Brussels on Wednesday evening, May assured EU leaders she can still reach a Brexit deal.

But she also said Britain was open to extending the transition period after the UK departs the European Union, although she did not think it would ever need to be used.

May reiterated those comments on Thursday.

Elsa Lignos, global head of FX strategy at RBC, said an extension to the transition period made the need for a so-called backstop – a proposal aimed at avoiding the imposition of a hard border across Ireland after Brexit, and one of the thorniest issues to overcome in agreeing a deal – less likely.

“It remains to be seen if Brexiteers in her party can be persuaded to sign on,” Lignos said.

Against the euro, the pound was down 0.2 per cent at 87.89 pence per euro, as its losses extended after the retail sales numbers.

UK retail sales volumes dropped by 0.8 per cent in September from August – a bigger fall than economists had expected in a Reuters poll – after the largest decline in food purchases since October 2015, official data showed.

A flurry of data this week, including the strongest wage growth for a decade, have briefly focused traders’ attention on the UK economy and away from Brexit negotiations, although investors say the pound remains at the mercy of the talks.

“We’ve had three data points from the UK in the last three days with only the unemployment figures providing any real support for the pound,” David Cheetham, chief market analyst at broker XTB, said.

“Despite this, sterling continues to keep calm and carry on despite the obvious Brexit threat with negotiations on this front clearly not progressing as many would’ve hoped.”