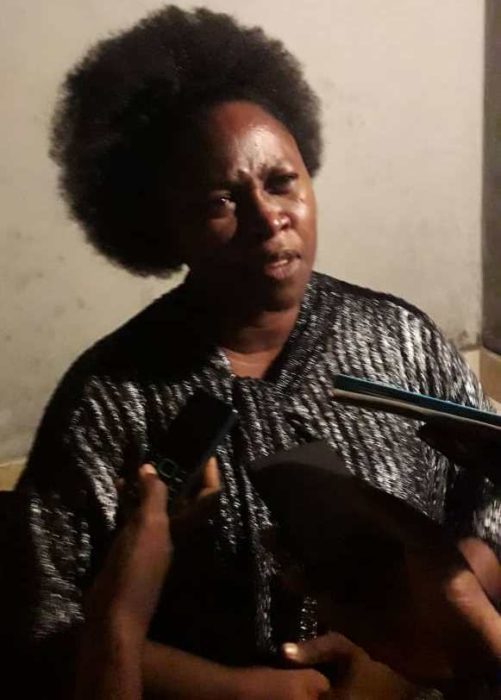 An extended play record, often referred to as an EP, is a musical recording that contains more tracks than a single, but is usually unqualified as an album.

The extended play has three songs-‘Great Confidence,’ ‘Eledumare,’ and ‘Ikaria.’ With a thrilling performance at the Whiteley Event Centre, Surulere, on Sunday and witnessed by large audience, Agomuo rendered the three songs in the track with zest.

The lead song “Great Confidence” is an encouragement to Christians to put the faith and confidence in God at all time and in every situation as He would never let them down or fail.

The extended play was packaged by JCT Infotech and Services.

Agomuo said she had been singing right from secondary when she was still in Children Church at the Deeper Life Bible Church and that she currently sang in the Church choir.

“When I sing in the church, people used to tell me they were moved. My husband was happy when I told him of my vision and he has been very supportive,” she said.

In her view, the music industry was an open world for both young and old to exhibit their talents, but noted that God is raising the younger Christian generation to solve the problems and challenges of the nation through gospel music, adding that the important message to be passed across in gospel music was Jesus Christ, stressing that music could bring about national rebirth.

He said the extended play would be valuable for the dispensation of the ‘Good News’ because the places of songs, praises and worship in personal and corporate victory and  evangelism could not be over-emphasised.

Torty stated that since God could not worship himself, he sought men to worship Him.

“We are called to always sing his praise no matter the challenges and the situation around us; we must cultivate the attitude of singing His praise to develop great confidence. So many souls have been won for Christ through gospel songs.

“Today, with this piece, as you engage it as a soul-inspiring album, chains will be loosed, yokes broken, satanic and evil judgment will be averted; judicial pronouncement against you will be reversed, there will be miraculous intervention, with signs and wonders in your life,” he prophesied.