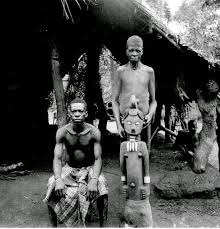 Traditional rulers in Ikeduru Local Government Area in Imo have expressed their willingness to abolish the Osu caste system in their communities if there is a law to that effect.

The traditional rulers spoke through the Chairman of Ikeduru Council of Traditional Rulers, Eze Marcel Egemonu, the Ebi of Ebikoro, during their council meeting held at Ikeduru Local Government Secretariat on Friday.

Egemonu said that the osu system brought with it a lot acrimony, disaffection and discrimination among people of same community and language in Igbo land and as such it should be abolished.

He urged the traditional rulers to rise up to the occasion through re-orientation and creation of awareness on the negative impact of the practice among their various communities.

The traditional ruler said that although the system was as old as their forefathers and they as custodian of culture and traditions of the land, yet there was the need to discard practices that violated human rights.

“The Osu system is a chain reaction attitude and has psychological effect on people.

“Igbo traditional rulers should rise up to the challenge and fight the system. This discrimination against our brothers and sisters should not be allowed to continue.

“There is also the issue of stigmatisation on those discriminated against, especially in marriage and award of chieftancy titles.

“There should be a pronouncement on it and the people made to understand the need to abolish the practice,” he said.

Contributing, Eze Levi Ezeala, the Traditional Ruler of Nneise Ugiri- Ike Autonomous Community, corroborated the stance of Egemonu that the practice should be made to be a thing of the past.

He suggested that any initial law on the issue be resurrected to be carefully and positively deliberated upon.

Eze Victor Achionye, the Udo 1 of Obodo-Amaimo, Eze Peter Njoku, the Uri 11 of Umuri-Amaimo and Eze Ben Uduueko, Olu-Oha 1 of Atta-West Autonomous Community, were also of the opinion that the system be outlawed.

They said that the system was not practised in other parts of Nigeria aside Igbo.

The traditional rulers, however, advised those being considered as outcast in their communities to desist from doing things that would give them out as one or give themselves names suggestive of the system.

He described IPCC as a non-partisan and non-governmental organisation founded in August 2014 with the focus on eradicating bad cultural practices (BCP) and vices in the country.

He said that the bad practises included the Osu caste system, which he said, was still being practised in some parts of South East, Nigeria.

According to Elemike, the Osu persons were being discriminated against in marriage, joining title societies and taking titles as well as treated in many other ways as second class citizens in their communities.

He said activities of his group also included promotion of love in the society as a means of eradicating discrimination, injustice and oppression.

Elemike said the group also collaborated with the media, interest groups and professional bodies in information gathering with regard to campaign against BCPs.

“We also collaborate with legislative and executive arms of government in lawmaking and execution, ” he said.

18 out of 26 traditional rulers in Ikeduru attended the council meeting.