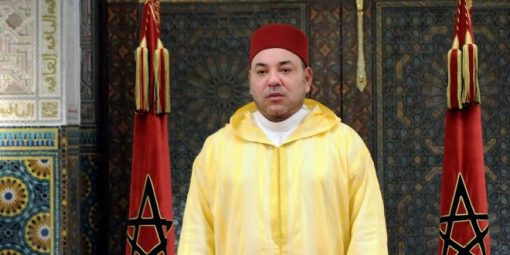 Mr Mustapha El Khalfi, the Spokesman for the Moroccan government and Parliament, says the country’s interest in joining ECOWAS stems from its desire to build strong South-South partnership.

Khalfi disclosed this on Thursday while briefing participants of the maiden News Directors Forum of the Atlantic Federation of African Press Agencies (FAAPA) in Rabat.

Asked by the News Agency of Nigeria (NAN) participant why Morocco, located in North Africa, should apply to join ECOWAS, he said: “It reflects the vision of His Majesty, the King, to build strong South-South partnership and to bring our efforts together to deal with economic and social challenges.’’

He described the move as “a project still ongoing within the institutions’’, stressing that the vision behind the move was to “enhance our capacities to deal with economic and social challenges of the 21st century’’.

Morocco’s application to join ECOWAS came after it re-joined the African Union (AU) in January 2017.

The country had left the continental body in 1984 following AU’s recognition of Western Sahara, a territory that Morocco regards as part of its historic region.

The West African leaders, at the 51st summit held in June 2017 in Monrovia, Liberia’s capital, had agreed in principle to Rabat’s request to join the sub-regional grouping.

They, however, requested the ECOWAS Commission to consider the implications of such a decision pursuant to the provisions of the Revised ECOWAS Treaty and submit their findings to the 52nd session.

Morocco’s efforts to join ECOWAS included 23 royal visits to 11 countries in West Africa by King Mohammed VI, with the signing of hundreds of investment contracts.

Morocco said these efforts had given a strong impetus to its bilateral cooperation with the sub-region.

ECOWAS comprises 15 West African Nations but none shares a border with the North African country.

Meanwhile, Rabat drew criticisms from diplomatic veterans, activists and lawyers, who argued that the economic implication of Morocco’s admission would be enormous.

They believe that Morocco’s admission into ECOWAS would erode Nigeria’s diplomatic influence not only in the sub-region, but also in the international community.

A study on the impact of Morocco’s membership was carried out and the outcome was submitted to the West African leaders at the 52nd summit in Abuja during which they failed to reach a conclusion after a long closed door session.

In a communiqué adopted at the end of the summit, they instead asked a committee of presidents of Togo, Cote d’ivoire, Ghana, Guinea and Nigeria to supervise the thorough study of the implications of Morocco’s accession.