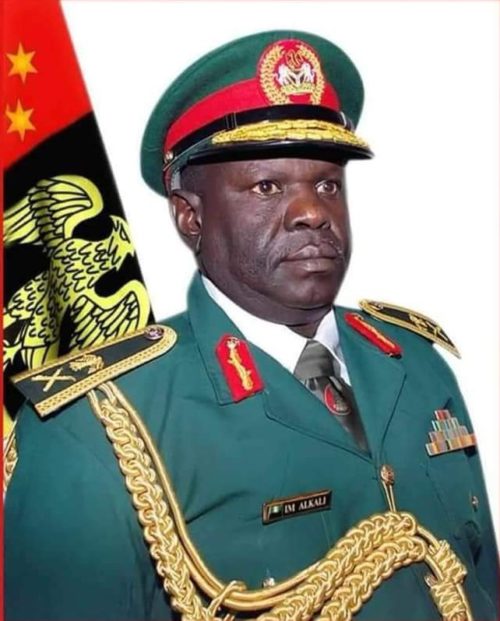 The Police Command in Plateau has declared Mr Yakubu Rap, District Head of Dura, in Jos South Local Government, and seven others wanted in connection with the disappearance of Maj. Gen. Idris Alkali (rtd).

Mr Terna Tyopev, its spokesman, in a statement on Thursday in Jos, alleged that preliminary investigation into the matter had indicated that the wanted persons masterminded the abduction of the army officer.

Alkali was declared missing on Sept. 3, after he left Abuja to Bauchi.

After a thorough search, the Army recovered his vehicle and personal effects in a pond at Dura-Du community of Jos South Local Government, three weeks ago.

That discovery sent fear-stricken residents of the area scampering for safety amidst fears that security agents may invade the community.

Tyopev, in the statement, said that preliminary investigation into Alkali’s disappearance had raised questions that the suspects were required to answer.

Tyopev urged members of the public with useful information that would lead to the arrest of the suspects to report to the nearest Police station.