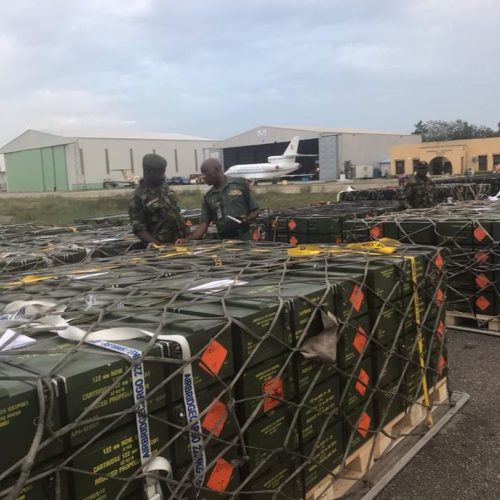 The large consignment of arms

Nigerian Army said it has received a large cargo of ammunition to enhance its operational capabilities and combat efficiency.

The army announced this on Twitter, displaying the photographs of the ammunition received and the plane that brought the consignment.

Here is the tweet announcing the arrival of the arms:

The army is battling the insurgency of Boko Haram in the north east part of the country and cattle rustling and banditry in some parts of the north west, especially Zamfara.