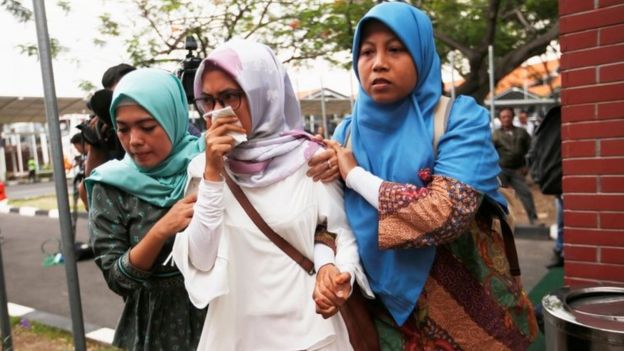 Indonesia’s transport minister removed on Wednesday the technical director of the Lion Air airline and several of its technicians after the crash of one of its jets with 189 people on board, the Antara news agency reported on Wednesday.

“Today we dismiss (the director) from his position and his duty,” Budi Karya Sumadi said, citing the accident on Monday as the reason.

He said technicians were also dismissed.

It was not clear whether the removal was permanent or temporary.

Lion Air’s chief executive, Edward Sirait, told Reuters he had not heard of the minister’s order.

Earlier, a navy official said Indonesian search and rescue workers have detected a 22-metre long object underwater in area where a Lion Air passenger jet with 189 people on board crashed.

Ground staff lost touch with flight JT610 13 minutes after the Boeing 737 MAX 8 took off early on Monday from Jakarta, on its way to the tin-mining town of Pangkal Pinang.

There were no survivors.

Nugroho said the navy was using a side-scan sonar to verify whether that object was part of the missing aircraft.

The Rigel has been searching in an area about five nautical miles from the site where flight JT-610 was last contacted.