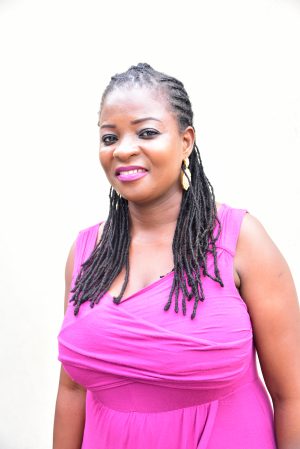 Three years ago, Umar Ahmed wanted a job badly. Having no skill, his chances were greatly limited, especially given the economic situation of the country. Getting a job was, therefore, more in hope than expectation.

Things then changed. One day, he said, he met one Godsman, a DStv installer, who told him about the GOtv Sabimen scheme, and asked him to apply. Having no idea of what was required he had to ask Godsman a few questions.

The installer explained to him that the scheme aims to provide young people with a variety of skills, which will ultimately lead to self-employment.

Ahmed was impressed. He applied to be a GOtv Sabimen and was successful. He was asked to report for a training programme, which subsequently equipped with the skills he had been told of. Participants in the scheme are provided training in, among other things, installation of GOtv, resolution of subscribers’ complaints and customer service.

“One of the skills I gained from it is how to deliver exceptional customer service; how to relate with humans as a whole,” he said.

The skills acquired, he said, have enabled him to find a job that pays his bills. “MultiChoice has supported me in a lot of ways. First, there is a sense of responsibility being that I have a job. I wake up in the morning and I have something to do. Second, something comes in at the end of the month, which helps me pay my bills, help my younger ones and also do some certain things,” he said.

Ahmed is hoping to start his own business, enlarge his capacity and become a partner with MultiChoice in the not too distant future.

Another beneficiary of MultiChoice’s employment initiative is Akanni Hassan Abayomi, who became a sales canvasser in 2016. Abayomi applied for the position after seeing an advertisement and his application was successful. He underwent training, which gave him skills in persuading people as well as financial management.

“Being a canvasser involves persuading customers or clients about the product. We are also paid commission on the sales we make. This has helped me learn how to structures my expenses,” he said.

He equally hopes to open his own business.

“I intend to at least have shops on my own, which I am working towards. Then with that, I can start something through sales of GOtv,” he said.

His story mirrors that of Adetola Agbomagbe, a female, who is familiar with installation. Agbomnagbe said she is thrilled to have acquired technical skills through the training she got.

“As a female, I find myself in the field of engineering. I even know much of the practical part of the engineering than the theory,” she said.

Agbomagbe said she has already begun to put into use what she learnt from the training and is motivated to get an outlet in order to be settled and make more profit.

She commended MultiChoice for the support the company had provided for her.

“They have supported me in a big way. The first thing that I love about them is that they don’t just leave you, they take you to the field in the sense that when you invest your money into their business, they give you support on how to make sales. They give you more marketing support so that you don’t invest your money and at the end, you lament,” Agbomagbe said.

Akin Salu, General Manager of GOtv said participants in the Sabimen, canvassers as well as Mops and Pops schemes are community ambassadors for GOtv.

“These are the people that the customers reach out to when they have issues that need to be fixed. So apart from just selling, they also help us fix issues within the communities,” he said at a recent ceremony held for participants in the schemes.

He added that MultiChoice is committed to improving the economic capacity of young Nigerians, noting that its employment of over 6,000 young Nigerians since 2014 is a proof of this.

“Since 2014, GOtv has been able to create jobs for over 6,000 young Nigerians. We are taking a lot of people off the street and getting them employed by selling GOtv.

“These people are able to attend to the needs of their immediate families, people they need to support and also support themselves in terms of education and other basic needs of life,” he said.