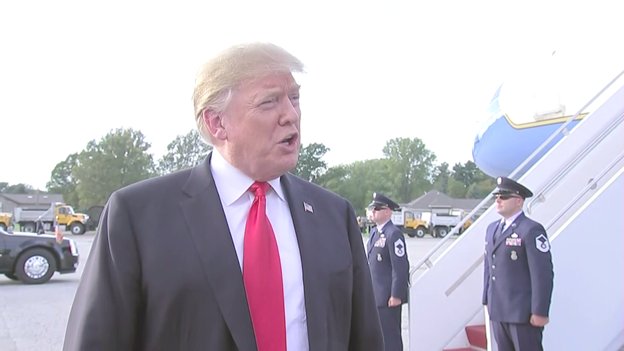 U.S. President Donald Trump plans to remove the right to citizenship for babies of non-citizens and unauthorised immigrants born in the United States, according to an interview excerpt released Tuesday.

Trump told “Axios on HBO’’ that he has run the idea of ending birthright citizenship by his counsel and plans to proceed with the move, which would certainly stir controversy and spark a court fight.

“We’re the only country in the world where a person comes in and has a baby, and the baby is essentially a citizen of the United States with all of those benefits.

“It’s ridiculous and it has to end,’’ Trump said.

Report says the 14th Amendment of the U.S. Constitution guarantees the right to citizenship for all born on U.S. soil to immigrant parents whether they are in the country legally or not.

According to Axios, over 30 countries, most in the Western Hemisphere provide birthright citizenship.

To change the constitution requires a two third majority in Congress, but Trump insisted that he could do it with an executive order.

“It was always told to me that you needed a constitutional amendment. Guess what? You don’t, you can definitely do it with an Act of Congress.

“But now they’re saying I can do it just with an executive order.

“It’s in the process. It’ll happen with an executive order,’’ Trump added.

Trump’s comments were released a week ahead of the highly-contested midterm elections, which could see Democrats seizing control of at least part of the Republican-held Congress.

Trump has been seeking to place the issue of immigration front and center in the elections.

He has long called for an end to birthright citizenship, as have many conservatives.