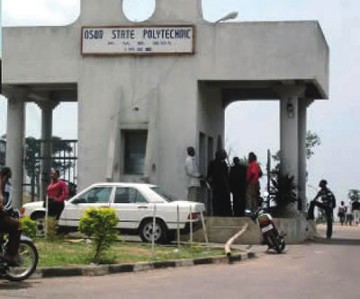 The suit also joined the governor and attorney general of the state as co-defendants.

In the suit filed on his behalf by his counsel, Mr Adenle Adetoye, Lawal is seeking a declaration that the termination of appointment was unjust and unlawful.

The 62-year-old also prayed the court to immediately reinstate him as the Chief Lecturer and Dean of Faculty.

The plaintiff claimed he was unlawfully disengaged on Jan. 11, 2016, while serving as the dean.

According to him, the school claimed that it laid him off for not developing himself academically.

He alleged that it was a ruse to get rid of him because he was an independent minded person.

The plaintiff claimed that he was employed in the school with HND and a Masters of Communication Arts from the University of Ibadan.

However, when the matter came up for hearing, the claimant’s counsel asked for a short adjournment date, to file for an amendment of the suit.