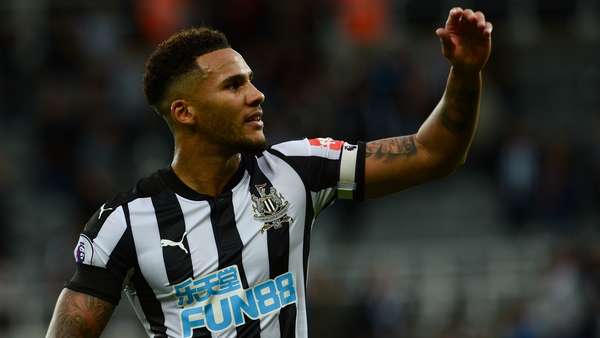 The centre-back joined Newcastle United in 2014 and has become a mainstay in the side under manager Rafa Benitez in the last two campaigns.

He helped the team earn promotion in 2017 before guiding them to a 10th-place finish last season.

His impressive performances led to media reports linking him with a move away from the club.

“I’m over the moon — it’s great news to be tied down to Newcastle United for a long time. It’s pretty much all I ever wanted: playing in the English Premier League in front of amazing fans,” the 24-year-old Lascelles told NUFC TV.

Lascelles, who has made 112 appearances for Newcastle United and has scored eight goals, said his focus was now on helping the team climb out of the relegation zone.

Newcastle United are second from bottom in the standings after 10 games and are yet to win a match.

“We need to give the fans what they deserve. We need to put in the performances and make it more special…

“Since I’ve been here, everything’s been positive and now I need to get my head down and get this team higher up the league,” Lascelles added.

Newcastle United take on Watford in the league on Saturday.