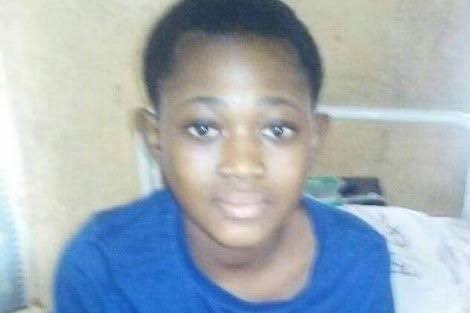 Civil Society Organisations (CSOs) and the Federation of International Women Lawyers in Kogi, on Thursday, demanded that nothing but justice be served in the case of Elizabeth Ochanya, a violated minor.

Thirteen-year-old Ochanya who died on Oct.18 was allegedly violated, molested, defiled, drugged and abused from age five to death by her 52-year-old uncle, Andrew Ogbuja, a Lecturer attached to Benue State Polytechnic, Ugbokolo and his son, Victor Ogbuja.

The coalition of CSOs and FIDA made the call at the Nigeria Union of Journalists (NUJ) Press Centre in Lokoja after a protest march from the state Specialists Hospital to the centre.

She added that the fact that their alleged act led to a medical condition where the victim developed Vesico Vaginal Fistula (VVF) disease, which eventually claimed her life, in her prime of age, made it worse.

Agbogun called on all well-meaning men and women to condemn the act and demand that justice be served without delay, even if one of the alleged culprits remained at large.

Mrs Christiana Adejumo, Chairperson of Kogi chapter of FIDA, who led the protesters to the Centre, said FIDA was out to protect and promote the rights and interests of women and children.

She urged abused or violated girls and women to run to women lawyers for justice.

Adejumo said Ochanya’s case lasted for five years because it was a crime of opportunism where the alleged perpetrators felt that since they were living in the same house so they won’t be discovered.

She also urged mothers to be extra vigilant and watchful of their female children.

“The rapists are within us and living with us. So we need to watch out and be extra watchful over the girl child and the female in the society.

“We need to watch each other’s back. “When we hear it, let’s scream to the rooftop and we shall get help,” she advised.

Responding, Alhaji Adeiza Momoh-Jimoh, Chairman, Kogi Council of the NUJ, who welcomed the protesters, commended their effort at ensuring that such crime was detected and the perpetrators brought to justice.

Momoh-Jimoh decried the rampant cases of rape in the country describing Ochanya’s case as one too many.

“I know this is not the only case we have around, we got to know this because it was reported.

“We encourage parents to speak up when cases like this come so that people doing this will be brought to justice and the society will be better for it, “he said.