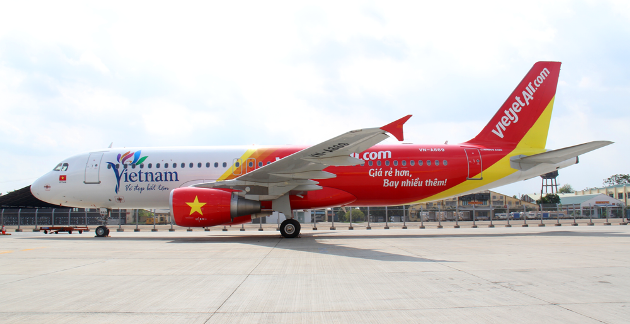 Fast-growing budget carrier, Vietjet Aviation, is set to finalise a $6.5 billion jet order with Europe’s Airbus during a visit to Hanoi by French Prime Minister, Edouard Philippe, on Friday, people familiar with the matter said.

The order for 50 A321neo jets is part of an aggressive investment in the Vietnamese airline’s fleet that has provided lucrative business for both Airbus and its U.S. rival Boeing.

It is also a boost for Airbus as it seeks to turn a raft of provisional orders put together at July’s Farnborough Air-show into hard revenues, narrowing a gap against Boeing this year.

The deal is the biggest economic component of an official visit to France’s former colony by Philippe from Nov. 2 to 4, during which he will oversee deals with French firms and hold talks with Vietnamese counterpart, Nguyen Xuan Phuc.

Vietnam and France also signed an agreement in September to expand defence collaboration, although details are scant.

It placed provisional orders for the A321neo jets and 100 Boeing 737 MAX jets in Farnborough and has been negotiating to firm them up, with deliveries expected between 2020 and 2025.

The formal signing, to take place on Friday, will help to dispel doubts over the substance of deals announced in Farnborough, which was marked by a rash of vague or incomplete order announcements.

Finalising such deals can involve tough negotiations as airlines try to squeeze out last-minute concessions.

However, finance industry sources have expressed concerns about a glut of orders in Southeast Asia from airlines like Vietjet, Malaysia’s AirAsia and Lion Air of Indonesia and question whether all of the several hundreds of planes on order from the Asian low-cost carriers will actually be delivered.

Vietjet told the Airline Economics conference in Hong Kong this week that low-cost airlines have a relatively low market position in Vietnam.

It added that those most successful in driving down unit costs would ride out any downturn in the market.

Vietnam’s expansion has also been peppered with trade sensitivities as Vietjet, which says it enjoys government support, juggled Airbus and Boeing procurements: a strategy also designed to win bigger discounts.

Two years ago, Boeing upstaged Airbus by clinching an order for 100 units of 737s during a visit by then-U.S. President Barack Obama.

Until then, VietJet had only bought from Airbus, including an order for 92 jets in 2013.