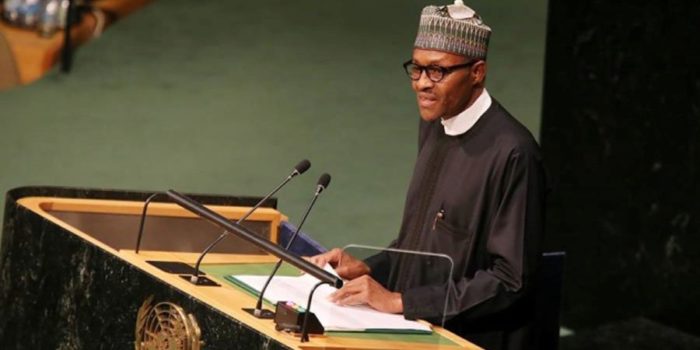 Nigeria’s President, Muhammadu Buhari on Friday in Abuja said his administration has ensured even distribution of political appointments to reflect diverse interests across the country, regardless of the voting patterns of the 2015 presidential elections.

Receiving a delegation of Bassa Traditional Rulers and Elites led by His Royal Highness, Alhaji Bako Ebiredelu Dogwo at the Presidential Villa, the President said the Nigerian constitution clearly maps out the need for representation in every government, and he had adhered strictly to the tenets of the law.

Buhari noted that Ministers of Foreign Affairs, Science and Technology, Labour and Employment, and Industry, Trade and Investment emerged from states that he did not record much votes in 2015, but they were given strong portfolios in the cabinet based on their competence.

“As humanly possible, I have tried to be fair to all. And I am very pleased that in spite of the complaints of technical marginalisation, you have agreed to vote for me in 2019,’’ he said.

The President assured the delegation that he would look into the issue of poor representation of the Bassa people in government.

“Thank you for all the nice things you have said about me and the administration. I have taken note that you don’t have leadership in any of the parastatals,’’ he added.

In his remarks, the leader of the delegation said Bassa people had consistently voted for the President over the years, and “will do it again in 2019’’.

“You are a great asset to Nigeria. The Bassa nation will use all the resources available to us to ensure you are re-elected in 2019,’’ he said.

The royal father said the President’s effort at securing the country was commendable, urging him to also sustain the anti-corruption war.

“We are happy with your administration, which is all inclusive without discrimination. Keep promoting equality,’’ he added.

He, however, called on the President to reciprocate the love and affection of the Bassa people, who are spread across Nasarawa, Kogi, Benue, Niger states and FCT, by ensuring that they get fair representation in government.