“I had consensual relations with New York-based journalist” 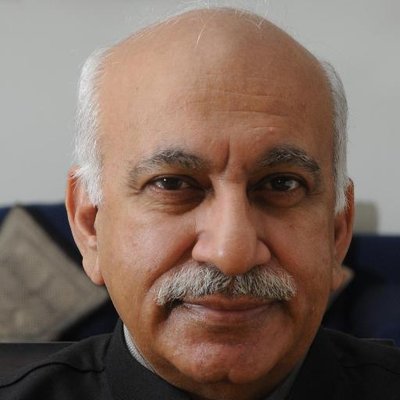 An Indian politician who resigned from the government in October after being accused of sexual harassment, said on Friday he had a consensual relationship with a New York-based journalist who has accused him of raping her.

More than a dozen women accused him of sexual harassment.

Pallavi Gogoi, chief business editor at National Public Radio, wrote in a Washington Post column on Thursday that the former junior foreign minister, M.J. Akbar, “ripped off my clothes and raped me” in a hotel room in India 23 years ago.

At the time, she and Akbar worked for the same newspaper.

She said after the attack, Akbar had continued to “defile me sexually, verbally, emotionally” for months.

Akbar has been one of the highest-profile targets of a growing #MeToo movement in India.

The movement began in the U.S. more than a year ago but only gained traction in India in recent weeks.

In a statement to Reuters partner Asian News International (ANI), Akbar said the accusation of rape and violence were false.

“Somewhere around 1994, Ms. Pallavi Gogoi and I entered into a consensual relationship that spanned several months,” Akbar said.

“This relationship gave rise to talk and would later cause significant strife in my home life as well.

“This consensual relationship ended, perhaps not on the best note.”

Gogoi said in the Washington Post that she decided to write about the attack after seeing that several journalists had recently gone public about alleged sexual harassment by Akbar years ago.

Akbar has denied those allegations and filed a criminal defamation suit against one of the accusers.

Gogoi wrote that her career had initially gone well at the Asian Age daily that Akbar edited.

She became editor of the op-ed page at the age of 23, a year after joining the paper.

“But I would soon pay a very big price for doing a job I loved,” said Gogoi, who was born in India and is now a U.S. citizen.

Gogoi did not immediately respond to emails seeking further comment.

Akbar’s wife, Mallika Akbar, also issued a statement to ANI in which she said Gogoi caused “unhappiness and discord in our home” through her involvement with her husband.

“I learned of her and my husband’s involvement through her late night phone calls and her public display of affection in my presence,” Mallika said.

“In her flaunting the relationship, she caused anguish and hurt to my entire family.”

Several men in India’s entertainment, media and political worlds have been accused of offences ranging from harassment to rape over the past two months.