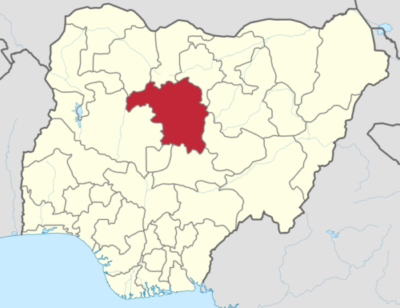 Women of Kurmin Ajah, a community of 3,000 people in Kachia local government area of Kaduna state said pregnant women in the area are dying due to absence of health center and access road.

They women told the News Agency of Nigeria (NAN) on Friday that the nearest health facility is located 50 kilometres away from the village.

They said the situation is worse during rainy season as the only bridge linking the community to the rest of the world has been washed away.

“Every year in the community we lose an average of five to six women during pregnancy and delivery due to absence of health center.

“We do not attend antenatal because of the poor state of the road coupled with the distance .

“Our only option is to seek the services of the readily available traditional birth attendants which are cheap and accessible.

“Sometimes pregnant women in this community experience bleeding, swollen face and legs and prolonged labor, and in some cases, these lead to deaths, and our traditional birth attendants cannot do anything.

“After suffering two stillbirths and three miscarriages , I later through God’s grace gave birth safely to a baby boy, who is now 12 years old,” the woman said.

She added that the women were also constrained to go for antenatal because of financial difficulties as they have to pay for hospital bills and transportation.

Another respondent, Queen Samson said most of expectant mothers could not afford to buy sanitary items necessary for the delivery like towels, disinfectants, soaps, sanitary pads and many more required while delivering in hospital, as such they just remain at home to be attended to by local traditional birth attendants.

The only traditional birth attendant in the community, Theresa Emmanuel said when complications arise during delivery, the women were mostly left they to their fate.

“We do not have even a health post here for women to access health care as I am the only one taking delivery based on experience.

” I have never received training from government but doing the work out of experience gained from my mother.

“During pregnancy or childbirth, I give the women herbs for easy delivery.”

Kurmin Ajah, is a farming community surrounded by water from Gurara Falls.

The closest primary health care facility is in Katari along Kaduna -Abuja road, over 50km to the community, and residents spend up to N1, 500 to get there using motor bikes, donkeys and carts pulled by cows.

Also speaking, the head of the community, Adamu Maiwayo, said the people there require urgent support especially from government.

” This community is surrounded by water from the East, West, North and South and the only place we manage to have road is through the east where we constructed a wooden bridge that we pass through, but during rainy season we are totally cut off from going out.

” We are facing a lot of challenges in this community especially women who go through pains during delivery because of lack of hospital.

” This year alone we lost six women through childbirth, my wife inclusive because the pregnancy came with complications and our traditional birth attendant could not handle the situation.

” When a woman is in labour, the community is affected until she gives birth safely. This is because only the traditional birth attendant helps and when there’s complications and we can’t go to the hospital, we only depend on our faith.

” We encourage our women to go for antenatal but they don’t go due to distance and when they attend once, they don’t go again because you can imagine the pains a pregnant woman go through, and trekking for hours to Katari can also affect her health.

” This community has been abandoned for a long time by government; even the only school we built through community effort, as I am talking to you now, has no teacher to teach our children.

“Inadequate social infrastructure is not just an inconvenience for residents, but has significant long-term consequences, and associated costs, for communities.

” This is one of the major factors that deter women from accessing maternal
healthcare services because after such long journey, one may even develop health problems due to stress.

” Even if our women do attempt to get to hospital for
treatment, they may arrive too late for their lives to be saved because of poor road and lack of transportation.”

A Gynaecologist, Dr Yusuf Sule said the healthcare system in the country, needs to be particularly thoughtful about how it mitigates peril for pregnant women in remote areas.

“Rural women can perhaps reduce their health risk by moving temporarily to the city before their due dates, but uprooting the women from their families and communities as they prepare to give birth can be risky in a different way,” he noted.

He said in order for rural residents to have sufficient healthcare access, necessary and appropriate services must be available and obtainable in a timely manner.

“Even when an adequate supply of healthcare services exist in the community, there are other factors to consider in terms of healthcare access.

“For instance, to have good healthcare access, a rural resident must also have
financial means to pay for services, such as health insurance coverage, the means to reach and use services such as transportation, and the ability to take paid time off work to access such services”

According to him, the major health policy thrust of the government is the revitalization of primary health centers to meet minimum standards that would enhance service delivery.

“We have employed 23 medical personnel who have been deployed to all the LGAs, to equally ensure efficient service delivery to the people.”