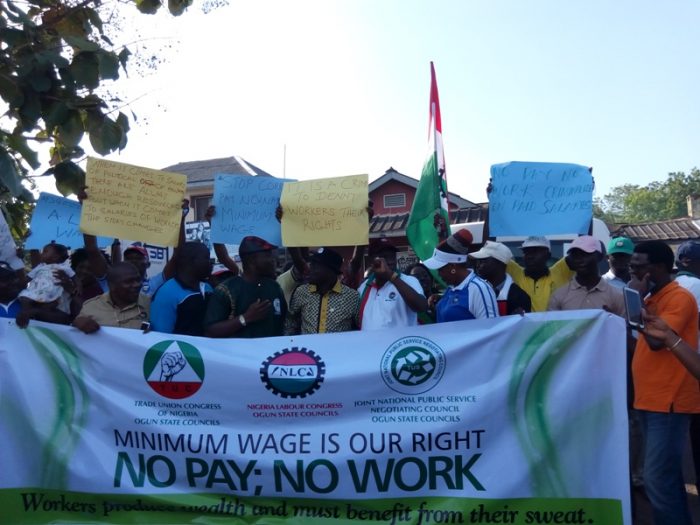 The Buhari Media Organisation (BMO) has appealed to the Nigerian Labour Congress (NLC) and its affiliates to shelve its planned nationwide indefinite strike.

In a statement made available to newsmen on Thursday in Abuja, the organizations urged the congress members to bend their position and reach an amicable solution with the government on the minimum wage negotiations.

The group advised Labour to consider the interest of the Nigerian people who would ultimately suffer if the crisis persisted, urging it to reason with the position of government and return to the negotiation table.

“Government’s position is formed from an understanding of its revenue and expenditure, not because it is selfish, but because it would not propose a sum that it cannot pay.

“It is remarkable that the offer of the Federal Government, compared to that of the Organised Private Sector and the State Governments, is the highest in fact.

“Notwithstanding, while we acknowledge that more can be done for the welfare of the Nigerian workers, we must start from somewhere.

“The proposal of the Federal Government to pay N24,500 is a significant increase in the previous minimum wage. It is a good start going forward,” the organization said.

The group noted that it was a good start on the minimum wage conversation and can be built upon in the coming years, but at this point in time should be accepted.

The group noted that a strike by labour could have far-reaching negative effect that would not only affect the Nigerian Government, but more painfully, hit hard on the everyday Nigerian people.

“The good thing is that government is negotiating and willing to sit on the table and improve the working conditions of the Nigerian people.

“Labour should, in the interest of the Nigerian people, sit on the table with government and heed to their engagements,” it said.

The group noted that the Buhari administration was committed to the welfare of the Nigerian people and would do all that was needed to see to the betterment of their lives.