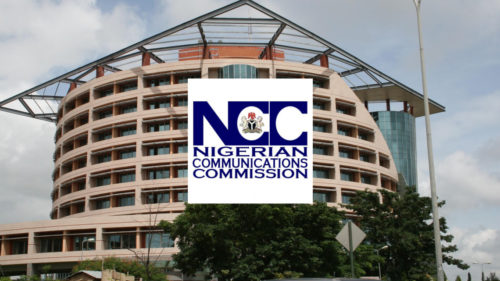 The Nigerian Communications Commission (NCC) says it has concluded plans to establish internet industry code of practice to regulate internet access and services in the country.

Prof. Umar Danbatta, the Executive Vice Chairman of NCC made this known at a Stakeholders’ Consultation Forum on the Establishment of Internet Industry Code of Practice on Friday in Abuja.

Danbatta, who was represented by Mrs Yetunde Akinloye, the Director Legal Regulatory Services (NCC) said that the code would clearly define the rights and obligations of internet access service providers.

He said that the code would also put measures in place to safeguard and protect minors, vulnerable audiences and consumers as a whole.

“This envisioned as a co-regulatory effort between the commission and industry stakeholders, hence the need for extensive public consultation and in the final document, ‘’ he said.

Danbatta said that the establishment of the code was conceived to ensure safety, security and to harness the benefits of the internet for good governance and better user experience.

He said that Sub-Saharan Africa had lost between seven and 20 per cent of its GDP to cyber crimes as stated by internet society, adding that it was very vital to intensify efforts to secure the country against imminent threats.

He said that NCC also considered other factors including but not limited to online child protection, privacy and data protection, objectionable content and traffic management practices.

“The global perspective is that the internet be open and unregulated creativity and internet access. Propositions are for either self-regulation or government regulation in repressive economies.

“However, both have their advantages and disadvantages. Thus, the drive for a co-regulatory practice as it relates to the internet in Nigeria.

“Consequently, the NCC in accordance with its mandate to regulate the communications sector in Nigeria as expressed in the Nigerian communication Act 2003 sets out to establish Internet Code of Practice.’’

Mr Destiny Amana, the President, Nigerian Internet Group, one of the stakeholders at the event said that internet fraud was one the major problems in the country.

Amana said that there was a need to protect the young and old ones online.

“Hence there is a need for check and balances, which the commission is trying to put in place, ‘’ he said.

Another stakeholder, Mr Adeboye Adegoke, the Programme Manager, Digital Earth, Paradigm Initiative called on the commission to emphasise the importance of judicial oversight instead of using phase such as legal authority.

“The importance of judicial oversight is that it creates a system of checks and balances,‘’ he said.