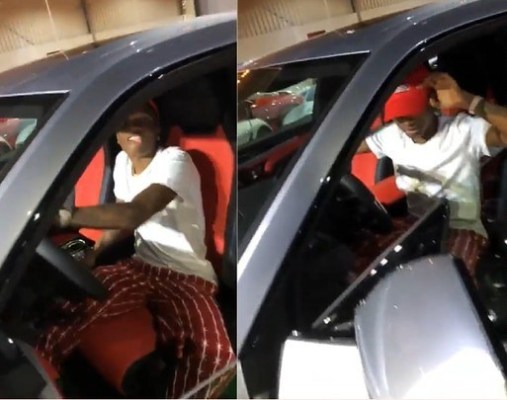 Nigerian pop star, Wizkid has reportedly acquired a new Lamborghini Urus which is said to be worth almost $280,000 (N101 Million).

The pop star was seen in a viral video at the Lamborghini garage while sampling the car.

Wizkid recently released his video for `Fever’, which broke the internet and recorded over two million views in less than 48 hours.

He joined the list of highest paid artists in the world following his performance at a royal wedding at one of the world’s top private residences, Umaid Bhawan Palace in India.

Wizkid achieved international recognition following his collaboration with Drake on the global hit, “One Dance”, which reached number one in 15 countries, including the U.S., UK, Canada and Australia.

He was ranked fifth on Forbes and Channel O’s 2013 list of the top 10 richest/bankable African artists, and in 2014 he became the first Nigerian musician to have over one million followers on twitter.