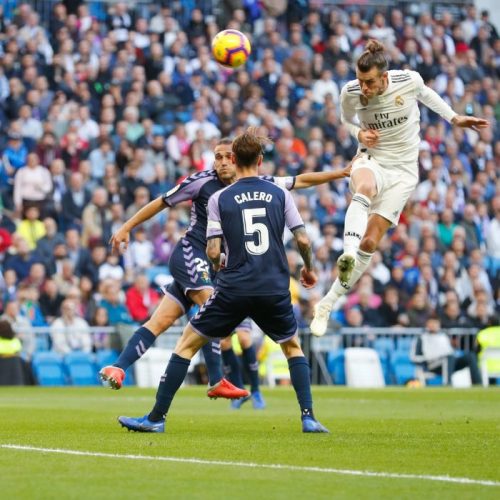 Valladolid hit the crossbar twice in the second half before a late own goal gave Madrid the lead.

Brazilian teenager Vinicius Jr cut in from the right wing and hit an effort that was going well off target until a deflection off Kiko Olivas.

And Sergio Ramos chipped in a late penalty after Karim Benzema was fouled, BBC reports.

Real had only picked up one point from their previous five La Liga games, including last Sunday’s 5-1 thrashing by Barcelona, a result which cost boss Julen Lopetegui his job.

Solari, the club’s reserve-team coach, has taken temporary charge and led them to a 4-0 win at third division Melilla in the Copa del Rey during the week.

But this was his first big challenge – taking his ninth-placed team to a club sixth in the league and owned by former Real and Brazil striker Ronaldo.

In truth, they were unimpressive and should have lost. Their fans whistled them off at half-time and then when they came back on after the break.

Valladolid’s Ruben Alcaraz hit the crossbar with a deflected shot from 25 yards, and Toni Villa did the same with a sweet strike from a similar distance.