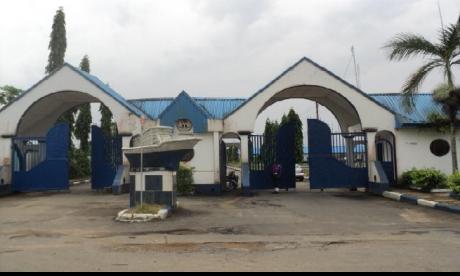 Commodore Duja Effedua (rtd), the Rector, Maritime Academy of Nigeria (MAN), Oron, Akwa Ibom, has warned those disparaging the name of the country to desist the act.

Effedua, while speaking during the 2018 passing-out-parade and graduation of the cadets in Oron on Friday, also warned youths of the area not to emulate those he described as “misguided human beings”, adding that the laws of the land would take care of such elements.

“The country has laws and orders which clearly spell out punishment for all offenders; It is abnormal for people to act as if the country has no law.”

He condemned a situation where people walked into the academy to cause trouble, reminding such people that the institution would deploy federal might to deal with them.

“If you do that, it is trespass. I have said it, it is going to be an eye for an eye henceforth. Anybody, under any union or youth leadership, that decides to cause trouble, I will arrest him, if he is within the premises of the academy.

“I will charge him to court, and pursue the case to a logical conclusion.

“If he is outside, I will leave him to the Police and Department of State Service to deal with him.

“I promise I will not cheat you. I will not fight you because that is not my mission here. I will love you and I want you to show me the same love that I will show to you.

“If you have problems, come and let us discuss it. Don’t follow those who will misguide you for small money, “he advised.

Also speaking, the Minister of Transportation, Mr Chibuike Amaechi, represented by the Director, Maritime Services, in the ministry, Alhaji Gala Danji, commended Effedua for the efforts of the management in transforming the academy.

Amaechi said that the Federal Government would continue to support the academy to realise its mandate by providing funding for the institution while urging relevant stakeholders to assist in that regard.

Of that number, 36 passed with distinction, 199 bagged upper credit, 269 graduated with lower credit, and 109 had pass.