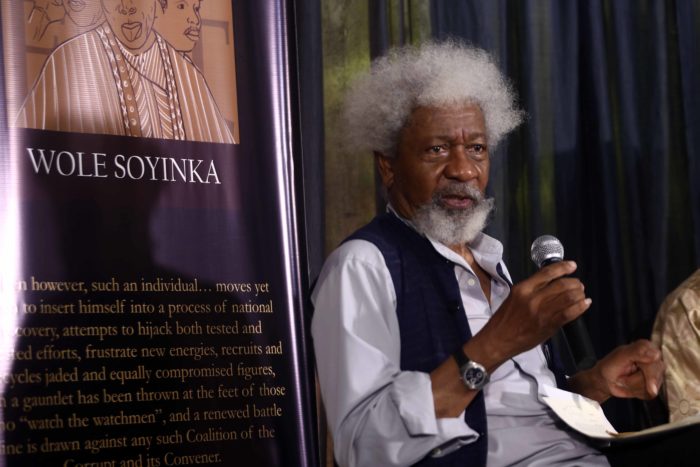 Nine African poets have been shortlisted for the sixth edition of the Wole Soyinka Prize for Literature in Africa which will be awarded at the MUSON Centre, Onikan in Lagos on December 9 2018.

This edition of the rotating Pan-African prize is for poetry and had 110 submissions from 11 countries on the continent, including Uganda, Kenya, South Africa, Nigeria and Rwanda.

A joint release by The Lumina Foundation and from its administrators of the Prize, Founding Director, Dr. Ogochockwu Promise and the Development Advisor, Mr. Ivor Agyeman-Duah, said the quality and volume of entries received were very high and expressed appreciation to the eminent jury of three for their readings and selections.

The jury was chaired by the UK-based literary and Editorial Director, Margaret Busby OBE, who is also chair emeritus of the Soroptimist International of Leeds, previously chair of the Caine Prize for African Writing and the OCM Bocas Prize for Caribbean Literature.

The other two were the renowned historian of the University of Texas at Austin, Professor Toyin Falola, author of the celebrated, /A Month Sweeter than Salt’ and the Lagos-based international literary scholar, Olu Obafemi, Professor of English and Dramatic Literature.

The prize money of $10,000 and citation will be given to the eventual winner by the Nobel Laureate, Wole Soyinka.

The ceremony will be attended by the literary establishment in Nigeria, some writers’ associations in Africa and the United Kingdom.

The long-listed writers and their works are: Dami Ajayi-Clinical Blues, Servio Gbadamosi- A Tributary in Servitude, Tanure Ojaide- Songs of Myself, Harriet Anena- A Nation in Labour, Iquo Eke- Symphony of Becoming, Hyinus Ekwuazi- One Day, I ‘ll Dare to Raise My Middle Finger at the Stark and the Reaper, Su’eddieVershimaAgema- Home Equals Holes- Tale of An Exile, AbayomiAnimashaun- Sailing for Ithaca and OnesiTaiwoDominic- Heaven on Earth- A Harvest of Poems.

Previous winners of the prize have included novelists Sefi Atta for ‘Everything Will Come,’ the South African Sifiso Mzobe for ‘Young Blood’ which won over another South African short-listed book the same year, ‘The Unseen Leopard’ by Bridget Pitt.

The short-list of three will be announced at a press conference in Victoria Island, Lagos on November 21, 2018 and the winner declared on December 9, 2018.