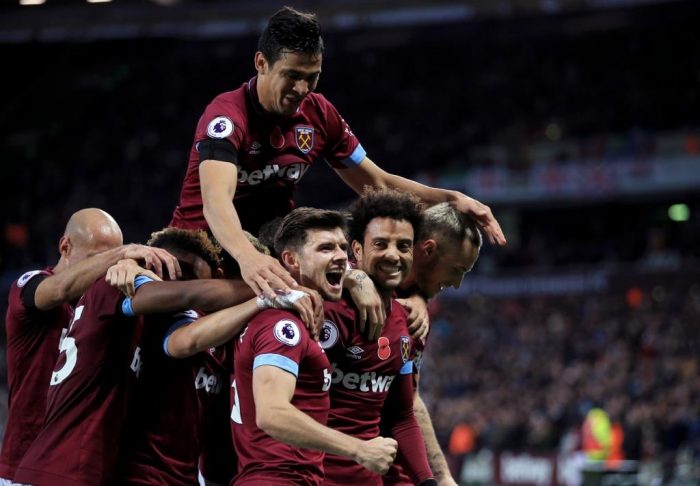 West Ham claimed a deserved victory over Burnley thanks to fine finishes from Marko Arnautovic and Javier Hernandez and a Felipe Anderson double.

The Hammers opened the scoring when Arnautovic dispossessed James Tarkowski before racing clear and firing home before Johann Berg Gudmundsson slotted home to equalise just before the break.

Anderson, who was at the heart of everything West Ham did well, scored his second of the match six minutes from time, capitalising on some sloppy Burnley defending.

Hernandez completed the victory in injury time with a fine dinked finish which finished off a move started by Anderson in midfield.

It was a deserved victory for Manuel Pellegrini’s side, whose previous victory was over Manchester United on September 29, are now 13th in the table two places above the Clarets.

Burnley, who have now lost six of their past nine games against West Ham, had Hart to thank on several occasions, with the former England and Manchester City goalkeeper saving well to deny Arnautovic either side of the break.