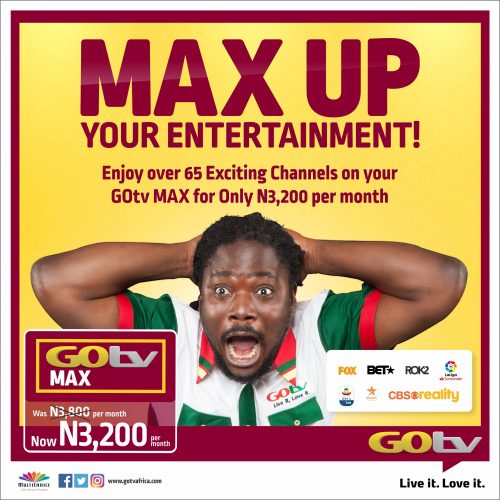 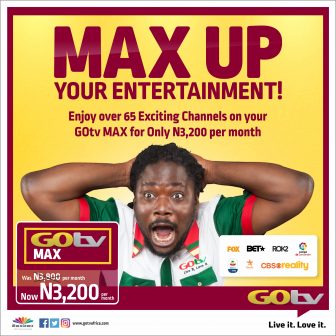 November is indeed a month of unlimited entertainment as GOtv has lined up series of blockbuster programmes for subscribers.

GOtv MAX subscribers will have access to the hottest movies and series on Fox Entertainment, Star Life and ROK 2 as well as riveting reality programmes on CBS Reality, latest celebrity, music, fashion, entertainment and Afro-American lifestyle shows on BET.

On CBS Reality, Judge Judy is on a marathon from 3-25 November with her outspoken style, hard-hitting decisiveness and biting wit, Judge Judith Sheindlin single-handedly reinvented the courtroom genre and, in the process, has become a genuine pop culture phenomenon.

The Walking Dead, showing Monday 5 on FOX at 7:45pm is a gritty drama that portrays life in the months and years that follows a zombie apocalypse. Led by former police officer Rick Grimes, his family and a group of other survivors find themselves constantly on the move in search of a safe and secure home. However, the pressure each day to stay alive sends many in the group to the deepest depths of human cruelty, and Rick discovers that the overwhelming fear of the survivors can be deadlier than the zombies walking among them.

On BET, watch Tales 5 November at 8:30pm as Hip-hop record producer Irv “Gotti” Lorenzo redefines the music genre in a completely new way for television. Tales uses lyrics of classic and current hip-hop songs and re-imagines them into mini-movies, each featuring a unique director, including Gotti’s directorial debut, screenwriter and cast. Cuts like Notorious B.I.G.’s “I Got a Story to Tell,” Meek Mill’s “Cold Hearted” and Fetty Wap’s “Trap Queen” serve as a tale’s thematic backdrop, taking viewers on an adventure into some of the stories that have inspired iconic hip-hop hits.

Children are not behind in the fun as they can watch new episodes of I Am Frankie Weekdays from Monday 5 November at 7:10pm on Nickelodeon as Frankie struggles to keep her identity a secret and keeps her friends and family safe. Puppy Dog Pals also airs Weekdays, 4:30pm on Disney Junior with Fun-loving puppy brothers Bingo and Rolly go on adventures throughout their neighbourhood and around the world to help quench their thrill-seeking appetites. Caillou airs Saturdays and Sundays at 8am on JimJam

Telenovela lovers have a lot to look forward to this November with The Other Side Of the Wall and Fearless Heart airing Weekdays at 7pm and 11pm respectively on Telemundo. Iron Lady airs Every day at 5pm on Zee World and You Are Mine Weekdays at 6:20pm On FoXLife

Football fans will be served the best the game has to offer from top LaLiga and Serie A matches on SuperSport Select 4 (Channel 34) and 5 (Channel 36).