Ex-Australia captain resigns from cricket board 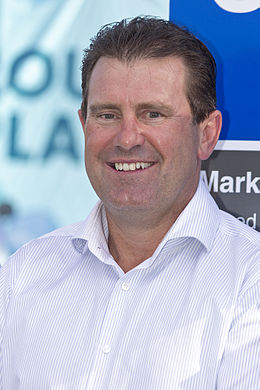 Former Australia Captain Mark Taylor resigned from Cricket Australia’s (CA) board of directors on Monday as the fallout from a scathing review into the governing body’s culture claimed another victim.

Taylor’s resignation comes four days after board Chairman David Peever stepped down, his position having become untenable in the wake of the Longstaff review, which was commissioned, following the Cape Town ball-tampering scandal.

The 54-year-old Taylor, the board’s longest-serving director, said he had been struggling to sleep soundly since the findings of the review were released a week ago.

He was also fatigued after a tumultuous 18 months in Australian cricket, featuring an acrimonious pay dispute with players last year and the ball-tampering crisis in South Africa in March.

“Over the last 13 years, but particularly the last 18 months, there’s been a lot in this role as a director of Cricket Australia.

”And it’s taken its toll on me,” Taylor told a news conference.

“Over the last two weeks, even more so. And I’ve got to the stage where I don’t think I can give any more. I’ve lost the energy and I think it’s time for someone to fill my shoes.”

Taylor had been touted as a possible successor for Peever by Australian cricket doyens but ruled himself out of the role last week, citing media commitments with local broadcaster Nine Network.

He said he had struggled to repair relations between the players union and CA, poisoned during negotiations for a new collective bargaining agreement.

The relation was further strained by the Cape Town scandal, which led to suspensions for former captain Steve Smith and two other players.

“I sit in sometimes an interesting position as a former player, board director and also a broadcaster,” Taylor said.

“It can be a very tricky position and often very hard in trying to get the balance right in saying too much or saying not enough.

Balancing those positions is tough and it takes it out of you.”

Taylor is the third member of the CA board to quit in the last six months, following Peever and former director Bob Every, who resigned in May.

He resigned over disagreements with Peever’s leadership.

The board is currently chaired on an interim basis by Earl Eddings until CA decides on a permanent replacement.

Taylor hoped he could be replaced by a former player and suggested there was a good opportunity for a woman to take his role on the male-dominated board.

The resignation continues the litany of changes at the top of Australian cricket, with Kevin Roberts having replaced long-serving CEO James Sutherland last month.

New captains were appointed to the nationals teams and a new head coach in Justin Langer.

The men’s national teams have yet to recover from the ball-tampering scandal, with the test side losing two of their last three matches.

It lost the one-day side 17 of their last 19 following their defeat to South Africa in Perth on Sunday.

“I think it’s a great opportunity for a reset in Australian cricket, to make that change that everybody talks about,” Taylor added.

“It’s a good opportunity, obviously with our men’s team struggling, for all of us to change for the good.

”We need to start working out how we can actually work together for the good of Australian cricket.”