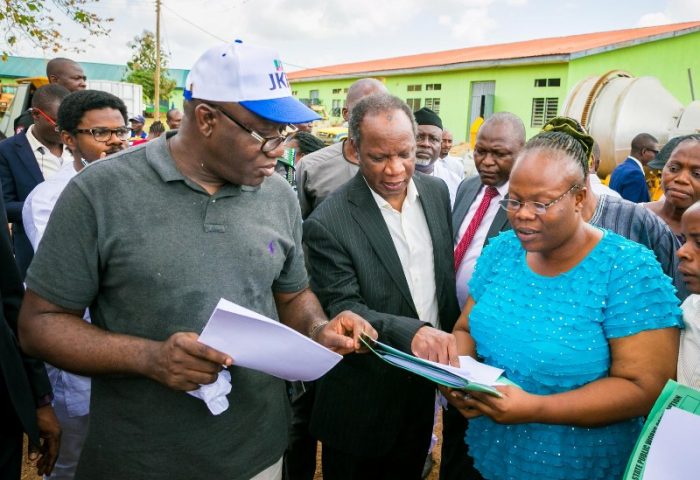 Ekiti State Governor, Dr Kayode Fayemi has decried the poor state of the Ikogosi Warm Spring Resorts, owing to deliberate abandonment of the facility by the immediate past administration.

Fayemi who visited the resort on Monday, as he commenced a week-long tour of project sites and infrastructure across the state, said the dilapidated state he met the resort could have been averted if government had shown a little consideration for tourism development and continuity of projects that have direct impact on the people.

Speaking with journalists after inspecting the Resort, Governor Fayemi expressed displeasure at the management of the tourist centre in the last four years despite the huge investment which his administration committed to the revival of the resort in 2013.

He said the immediate past administration did not care about the tourism centre which could have improved the revenue base of the State.

“You knew the state this place was at when I left in 2014 and the patronage it enjoyed from all and sundry from across the country. What I have met this morning is our heritage in ruin, it is our commonwealth in destruction, and it is unfortunate that we had a government that cared less whether this tourist attraction is left like this.

“This is not just an attraction; it is also a revenue earner for the state. The little I have seen, all this could have been avoided if this place had been properly managed. This was a first class place before we left, now everywhere is in shambles. Entities like this should not be left in the hands of government to manage”, Fayemi said.

The General Manager of the Resort, Mr. Gbenga Adewale, while conducting Fayemi round the tourist centre, cited government neglect for the situation.

Adewale informed the community has been without power supply for the past four years, adding that the Resort did not get any intervention fund from the immediate past administration for its running hence the dilapidated state of the facilities.

He disclosed that more than 20 rooms and the conference hall are currently inhabitable owing to different issues.

Fayemi who noted that the resort now hardly enjoys patronage because of its state of dilapidation assured that his administration would ensure that Ikogosi warm spring resort returns to its pride of place as a first class tourist attraction in Nigeria.

The governor equally disclosed that efforts were in top gear to resuscitate Gossy Water Bottling Company which is now off market. He stated this after inspecting facilities at the water bottling company located within the community.

He said: “Ekiti State may not be a very rich state, but the little money we have must be put to more profitable use. We shall ensure that this resort return to its position as a destination of choice for tourism. Efforts are also in top gear to resuscitate Spring Water Bottling Company.

“Aside making life more pleasurable for our people, these two entities also generate revenue for the state and also provide employment for our people. So, we must do something and fast too, to ensure we put them back to life”, the governor added.

The tour of project sites also saw Fayemi visit Ekiti State Technical College, Ado Ekiti which is currently being renovated in partnership with the World Bank.