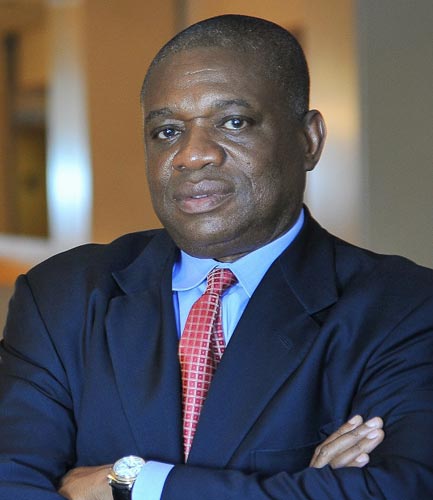 Hearing in the trial of a former Governor of Abia, Dr Orji Uzor Kalu, for alleged N7.65billion fraud was stalled on Monday due to the absence of the ex-governor from court.

Kalu’s lawyer, Prof. Awa Kalu (SAN), told Justice Mohammed Idris at the Federal High Court in Lagos that his client was away in Germany for surgery.

He added that the ex-governor had been advised by his doctors to remain in Germany for some time to recuperate.

The defence counsel said the prosecuting counsel for Economic and Financial Crimes Commission (EFCC) Mr Rotimi Jacobs (SAN), was aware of the development and urged Justice Idris to further adjourn the case.

But the EFCC prosecutor, Jacobs, said he was surprised at Kalu’s absence from court, adding that he did not know when the ex-governor obtained the court’s permission to travel out.

Jacobs noted that having submitted his passport to the court as part of his bail conditions, Kalu must always apply to the court for the passport whenever he wished to travel.

Describing the ex-governor’s absence from court as an attempt to frustrate the case, Jacobs urged Justice Idris to interpret Kalu’s absence to mean that he had jumped bail.

“Things must be done in accordance with the law. In my own view, what happened is that the 1st defendant has jumped bail. This is an attempt to further frustrate this trial because no application was made to the court to travel.

“I urge Your Lordship to treat the absence of the 1st defendant as that he has jumped bail,” Jacobs said.

Responding, however, the defence counsel urged Justice Idris to discountenance Jacob’s argument, saying as at when Kalu travelled out, the court had adjourned the case sine die (indefinitely).

Ruling on the lawyers’ submissions, Justice Idris noted that it was true that the matter was adjourned sine die on Sept.27, but Kalu was on Nov. 2 served with a hearing notice that the case had been scheduled for Monday.

The judge also noted that the court received a mail confirming Kalu’s treatment arrangement, but he said the defence counsel failed to attach any medical report to guide the court as to Kalu’s post-surgery treatment.

Justice Idris said in the circumstance, he would, in the interest of justice, adjourn the case for the last time, stressing that Kalu must return from Germany within seven days and appear before the court.

The judge ruled, “I have always stated that every citizen of this country is entitled to and has the right to seek medical treatment abroad.

“This right is guaranteed by the constitution, the African Charter on Human and Peoples Rights, the International Covenant of Civil and Political Rights and the Universal Declaration of Human Rights. It is an inalienable right.

“However, this right has exceptions; therefore, in exercising this right, due regard must be had for the law and due process.

“This would have properly guided the court in the proceedings of today.

“However, in the light of the entirety of this case and in the interest of justice, I am prepared to grant to the 1st defendant a final adjournment in respect of this matter.

The court adjourned the case untill Nov. 12 for continuation of trial.