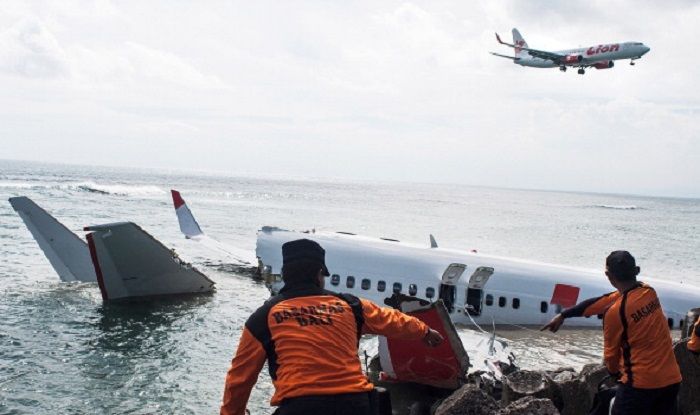 Relatives of the victims of an Indonesian jet that crashed into the sea off Jakarta last week, demanded on Monday to know why the plane had been passed fit to fly.

All 189 passengers aboard the ill-fated aircraft died in the crash.

At a news conference charged with emotion, relatives addressed questions to Indonesian officials, including Transport Minister Budi Karya Sumadi and the head of the country’s transportation safety committee (KNKT).

They also called for an intensification of the search for the remains of their loved ones.

Indonesian authorities on Sunday extended by three days the search for victims and a second black box recorder from wreckage of a nearly new Boeing Co. (BA.N) 737 MAX jet.

The plane slammed into the sea a week ago only minutes after it took off from Jakarta.

“We are the victims here. Imagine if you were in our position,” said Najib Fuquoni, a relative of a victim, demanding an independent investigation into the crash.

Muhammad Bambang Sukandar, the father of another victim, said Lion Air technicians needed to take “full responsibility” if it was proved they had not properly attended to technical issues, following the jet’s previous flight from Bali to Jakarta.

“This is not an unimportant thing. These are people’s lives,” he said, as he sought to choke back tears.

“Don’t let something like this keep happening in Indonesia,” he added.

At one stage during the news conference, relatives urged Lion Air founder Rusdi Kirana, who was in the audience, to stand up.

He stood up, but did not comment and clasped his hands together as if seeking forgiveness.

An Indonesian rescue diver died during the search for a second black box, parts of the plane, and human remains on the muddy seabed.

The head of KNKT, Surjanto Tjahjono, said 69 hours of recorded data from 19 flights, including the one that crashed, had been downloaded successfully from a partly damaged flight data recorder recovered last Thursday.

As of Monday, 138 body bags containing human remains had been recovered and handed to police for forensic identification, yet only 14 victims had been identified.

Among the larger parts of the plane found have been a mangled engine and a damaged aircraft wheel.

Tjahjono said based on initial analysis the “engine was running with fairly high speed” when it hit the water.

While there were no signs of an explosion in the air, the plane appeared to have hit the water with huge force, he said.

“When the plane hit the water, the energy released was extraordinarily large.”

Indonesia is one of the world’s fastest-growing aviation markets, but its safety record has been patchy.

Its transport safety panel investigated 137 serious aviation incidents from 2012 to 2017.

The privately owned budget carrier was founded in 1999.

Its aircraft have been involved in at least 15 safety incidents.

It has also been placed under tougher international safety restrictions than other Indonesian airlines.

While victims’ relatives are desperate to know what happened, the first crash of a Boeing 737 MAX is also the focus of scrutiny by the global aviation industry.

“As an initial step we conducted ramp checks for 11 Boeing 737 Max 8,” said transport minister Sumadi, adding that authorities were also conducting a special audit to include operating procedures and crew qualifications.