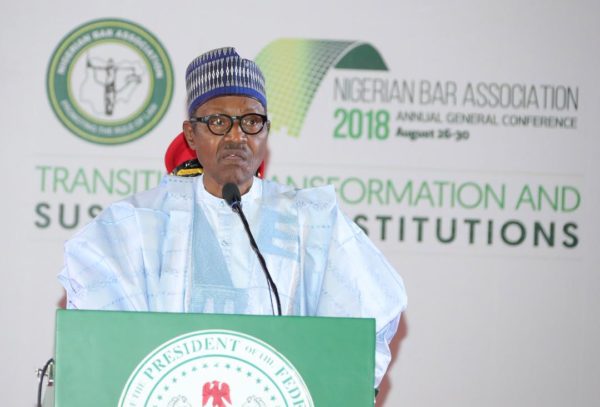 President Muhammadu Buhari, as Chairman, ECOWAS Authority of Heads of State and Government, has sent a Special Envoy to Guinea Bissau ahead of the country’s legislative elections.

The delegation was led by the Minister of Foreign Affairs, Mr Geoffrey Onyeama and President of the ECOWAS Commission Jean -Claude Kassi Brou.

The Onyeama- led mission met with President of Guinea Bissau José Mário Vaz and political leaders with other stakeholders.

The minister at a separate meeting appealed to political leaders in the country to embrace peace and unity to ensure the successful conducti of legislative elections re-scheduled for December.

The News Agency of Nigeria (NAN) reports that the elections initially slated for Nov. 18, were postponed until December due to technical reasons

While assuring them of Nigeria’s continued support for political stability in Guinea Bissau, he urged the leaders to work in harmony for the success of the elections.

The minister urged the political leaders to cooperate and mobilise their members to participate in the elections.

Onyeama urged the people of Guinea Bissau not to lose confidence in the process or be manipulated by anybody into believing that ECOWAS was somehow not as committed to the process.

“We are fully committed, President Mohammadu Buhari who is the President of the ECOWAS Authority of Head of States and Governments, is absolutely determined.

“He is determined that the agreement in Lome earlier this year about the election taking place this year, the legislative election, is fully going to be maintained.

“We are happy that we are all on the same page with government, so the people of Guinea Bissau should not despair,’’ he said.

The News Agency of Nigeria (NAN), reports that Guinea-Bissau has been in the throes of a power struggle since August 2015, following the removal of Prime Minister Domingos Pereira by the country’s President Jose Vaz.

Vaz replaced Pereira with 44-year old Embalo, a retired general who had served in previous administrations.

NAN also recalls that ECOWAS leaders at their just concluded 50th Ordinary Session of the Authority of Heads of State and Government, held in Abuja, took note of the political misunderstanding in Guinea-Bissau.