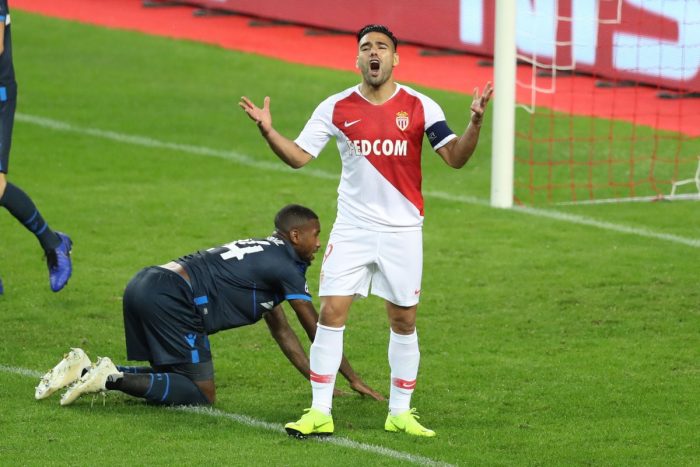 Monaco are facing an early exit from the Champions League after their dismal season hit a new low with a humiliating 4-0 home defeat at the hands of Club Brugge.

Hans Vanaken’s brace and a fine goal from Wesley sensationally put Brugge – without a victory in their previous 11 matches in this competition – three up inside 24 minutes at Stade Louis II.

Goal.com reports that there was little in the way of a response from the hosts and Brugge even added a fourth with five minutes remaining, skipper Ruud Vormer taking advantage of more woeful defending.

As a result, Thierry Henry is still searching for his first victory since succeeding Leonardo Jardim as head coach last month, with Monaco’s winless streak now standing at a remarkable 15 matches dating back to their opening game of the season in Ligue 1.

Monaco’s hopes of progressing from Group A will be extinguished on Tuesday if Atletico Madrid beat Borussia Dortmund, while Brugge now have renewed hope of achieving at least a third-placed finish.

The hosts had a great chance to move ahead early on, but Ethan Horvath pulled off a fine save low to his left to deny Sofiane Diop.

Brugge then moved in front after 12 minutes when Mats Rits’ low cross from the right somehow found its way through to an unmarked Vanaken, who tucked away the easiest of finishes at the far post.

Vanaken calmly converted a penalty five minutes later after Antonio Barreca was adjudged to have handled a goalbound shot and Monaco were soon punished for more abysmal defending, a clinical Brugge counter-attack ending with Wesley cutting in from the left and firing a superb finish into the bottom-right corner.

Despite dominating possession, Henry’s men looked bereft of confidence as they sought a reply and a shocking defensive mix-up allowed Vormer to rub salt in Monaco’s wounds late on.

Kamil Glik endured a night to forget amid Monaco’s defensive misery. The experienced Poland international was left on his backside as a seemingly innocuous cross from Rits led to Brugge’s opener and was beaten far too easily by Wesley for the visitors’ third goal. Glik then picked up an injury in the second half and was unable to finish the contest.