Over 200 mass graves found in former IS territory 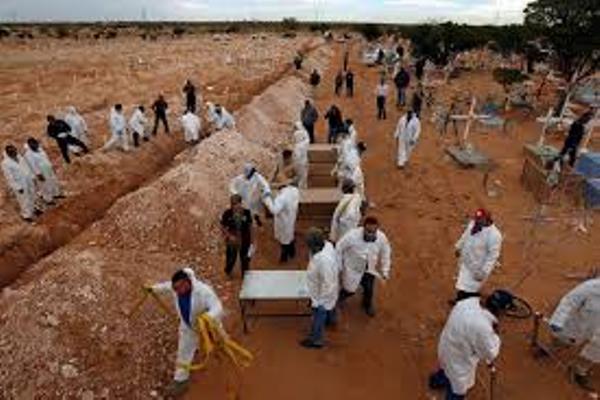 Mass graves in former IS territory

More than 200 mass graves containing thousands of bodies have been discovered in Iraqi regions formerly
controlled by Islamic State (IS) extremists, the UN Assistance Mission for Iraq (UNAMI) and the UN Human Rights Office in Geneva, said on Tuesday.

The office also said that there may be many more sites beside the 202 already documented in the northern and eastern regions of Nineveh, Kirkuk, Salah al-Din and Anbar.

UN High Commissioner for Human Rights, Michelle Bachelet, said “the graves contain the remains of those mercilessly killed for not conforming to IS ‘s twisted ideology and rule, including ethnic and religious minorities.”

He added that evidence gathered from the sites would be important toward bringing the perpetrators to justice.

He explained that the smallest mass grave in west Mosul contained eight bodies, while what’s believed to be the biggest, south of Mosul, may be filled with the remains of thousands of people.

Islamic State seized large areas of Iraq between mid-2014 and the end of 2017.

Iraq declared victory over the militant group in December after a U.S.-backed campaign of three years.

Families find it very hard to find their missing relatives because of bureaucratic procedures that require them to report to five separate authorities, according to the report.