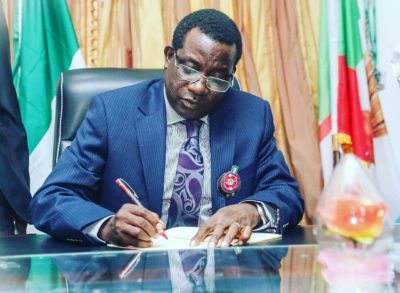 The Plateau Government has given permanent appointment to 300 ad hoc staff of the Ministry of Lands, Survey and Town Planning.

Mr Dagug Fompun, the Chairman of Plateau State Civil Service Commission, made this known in an interview with News Agency of Nigeria (NAN) on Tuesday in Jos.

He said that the conversion of the appointment of the 300 officers was in line with the vision of Gov. Simon Lalong, which aimed at stimulating workers to give quality service delivery.

He said that the conversion was aimed at filling the vacancies that were hitherto created by the death or retirement of officers in the ministry.

Fompun said that at the inception of the Lalong-administration, the ban on employment and promotion was lifted, while the backlog on outstanding promotions was cleared.